Why We Need a Civil Space Traffic Management System 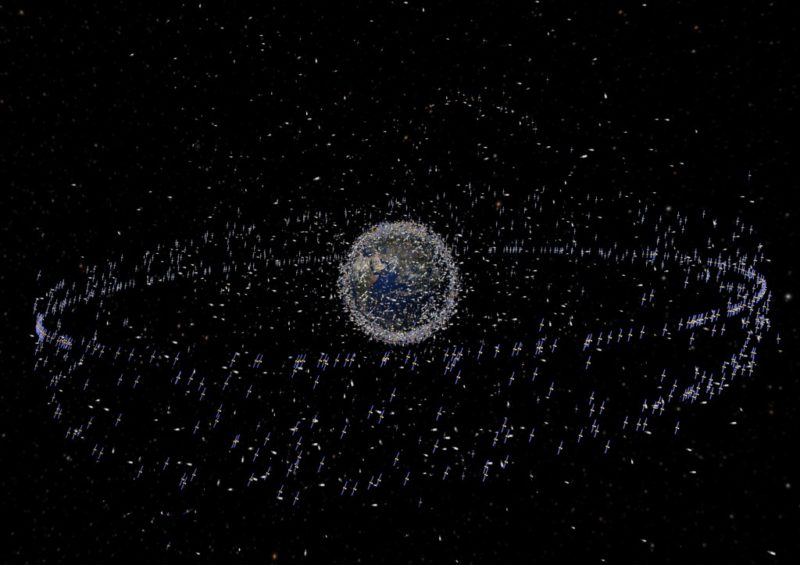 We have laws, regulations, and norms of behavior on our roadways, waterways, and airways. We classify and regulate traffic based on things like size, maneuverability, weight, hazard potential, and others. An oil tanker is treated very differently than a kayak, and a truck carrying hazardous fuel is treated quite differently than a Vespa scooter.

Do we have an equivalent Civil Space Traffic Management (CSTM) System? No. Do we need one? Absolutely. Why? The uncontrolled and unpredictable growth of the use of near-Earth space. But what form could a CSTM System take? And what role should America have in it?

To be clear, the main question is not whether we need a CSTM system, but rather, what form does such a system involve and how do we design, test, implement, enforce, and maintain it?

I’ll begin by saying that our space domain and environment is no longer the sparsely populated, state-actor-dominant sphere of activity it was decades ago. Our need to explore and grow has motivated the commercial sector, epitomized by our own people, the likes of Jeff Bezos and Elon Musk, to discover the state-of-the-possible and turn that into our state-of-practice. This is exactly what we want to see happen and indeed foster and encourage.

However, the U.S. is not the only country with growing activities in space. India just recently broke the record for the largest number of deployed satellites in a single launch, 104 to be exact. Companies are currently seeking licenses for the launch and deployment of thousands of satellites within the next few years.

So, who is rigorously and comprehensively analyzing the growth of the Resident Space Object (RSO) population and how does this affect orbital safety of operations and the long-term sustainability of space activities? The view of most space actors and investors is that it is someone else’s problem! I vehemently disagree.

The space domain and environment is still much like our Western Frontier of old. It suffers from a lack of monitoring, vast geographical sparsity, potential for “lawlessness,” and a lack of environmental protection, etc. Space piracy has likely already happened, is happening, and will happen so long as we lack the ability to comprehensively monitor all space activities. This unfortunate human behavior has happened in all other domains and to expect the space domain to be an exception is naive at best. The problem is exacerbated by the fact that our space technology has made access to space cheaper, which has brought greater numbers of space actors to participate in the space commerce sector, much like what the Transcontinental Railroad did for businesses connecting the East Coast with the Western Frontier.

The United States of America has developed, maintains, and distributes to the rest of the world the largest free record of cataloged man-made objects in space, so called RSOs. This catalog is owned and operated by the U.S. Department of Defense, specifically our dedicated men and women of the U.S. Strategic Command (USSTRATCOM). Many organizations and entities around the world use these orbital safety products on a daily basis. However, for the growing needs and demands of the space community, these products have been shown many times to be inadequate. They incur an increasing burden for the USSTRATCOM primary mission, which is national defense.

We need a CSTM system because orbital debris experts worldwide agree that, compared to what is being tracked in our USSTRATCOM catalog, the number of mission-damaging and debris-generating RSOs (1 centimeter in diameter and larger) is at least 100 times greater. Furthermore, the number of RSOs is growing at a rate that is outpacing global governance measures for the space domain and environment. Two-Line-Elements (TLEs), which provide basic orbital information on RSOs, are insufficient to meet growing orbital safety needs because the theory is based on averaged motion and they lack any measure of uncertainty. We do not fully understand the reasons we cannot track more objects, and all untrackable objects pose an unquantified level of threat or hazard to space operations and safety.

For reasons of national security, USSTRATCOM cannot be fully transparent in providing knowledge of where all trackable RSOs are located in space. This is at odds with efforts at the United Nations Committee on Peaceful Uses of Outer Space (UN-COPUOS) where we talk about Transparency and Confidence-Building Measures (TCBMs) for collaboration. Other countries are developing their own Space Situational Awareness (SSA) program and their own catalog of RSOs, in part because the USSTRATCOM products do not meet their SSA and STM needs and requirements.

The CSTM mission should assure the safety of operations in space; maximize, foster, and incentivize the use of commercial capabilities and data sources; and provide transparency, advocacy of informed guidelines, and safety services as a public good to preserve the space environment for continued, unhindered, and uncontested access and use of space.

The CSTM’s primary functions would be to:

In order to put this CTSM system in place, the U.S. Federal Aviation Administration (FAA) needs an adequately funded and resourced mandate to: 1) use their STM Pilot Program to work with the community and provide the first instance of a Civil STM system, and 2) begin collecting and exploiting space object (e.g. non-SSN tracking) data for orbital safety purposes, with an eye to do this via a Public-Private-Partnership (PPP).

NASA should expand its existing role to lead the technical requirements for a robust, effective, and meaningful CSTM System, and to work closely with other government agencies, industry, and academia. Conjunction analysis concerns itself with predicting close approaches between any two RSOs; it is a growing and changing field, and research into new methods is critical to keep up with the rapidly changing and marginally predictable space environment. NASA already has a research investment in this area — the Conjunction Assessment Risk Analysis (CARA) Program at Goddard Space Flight Center — that can be leveraged along with more than 30 years of developing and executing this capability for use by civil space operators. It is part of the government’s role to retire risk, invest in science and technology Research and Development (R&D), and share the results with the community to encourage growth.

Additionally, we must invest in and expand the role of University Affiliated Research Centers (UARCs) as foundational, dedicated, and focused government-academic partnerships. In doing so, we can solidify science and technology R&D for critical space-related core technical competencies and technology risk-retirement needed by the U.S. space exploration program and commercial space industry.

Lastly, we must engage and craft mechanisms for industry to get their investment and participation in a CSTM System; including satellite manufacturers, launch providers, space insurance brokers and providers, commercial SSA providers, space angel investors and venture capitalists, and space service users.

Moriba Jah is an associate professor at the Department of Aerospace Engineering and Engineering Mechanics at The University at Texas-Austin. His research interests are in non-gravitational astrodynamics and advanced/non-linear multi-sensor/object tracking, prediction, and information fusion. Previously, he led the Air Force Research Laboratory’s (AFRL) Advanced Sciences and Technology Research Institute for Astronautics (ASTRIA).