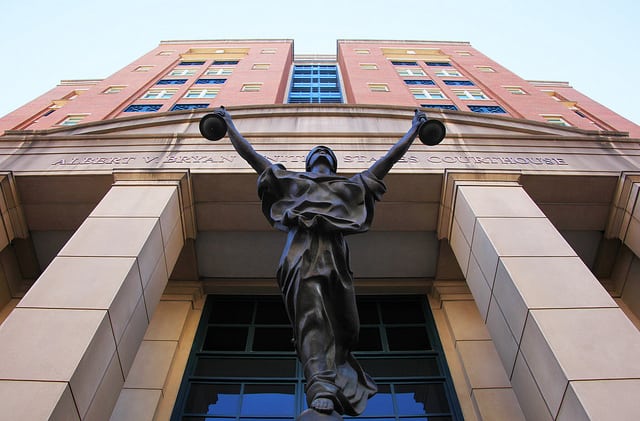 Orbital ATK’s lawsuit against the Defense Advanced Research Projects Agency (DARPA), in which it sought to join DARPA’s Robotic Servicing of Geosynchronous Satellites (RSGS) program, has been dismissed by the U.S. District Court for the Eastern District of Virginia. On July 12, District Judge Leonie Brinkema granted DARPA’s April request for a dismissal due both to a lack of subject matter jurisdiction and Orbital ATK’s failure to state a claim, according to court documents.

Orbital ATK sued DARPA back in February, alleging in its original complaint that the agency violated the 2010 National Space Policy by directly competing with the private sector. Orbital ATK argued that it was unlawful for DARPA to grant Space System/Loral’s (SSL) bid for the program — which it believes gives the company an unfair advantage — as Orbital ATK had already been developing similar technology alongside NASA, and also because SSL’s parent company, MacDonald Dettwiler and Associates (MDA), is headquartered in Canada.

However, according to court documents, the judge ruled that the National Space Policy does not carry what is described as force of law, as it was intended “primarily as a managerial tool for implementing the President’s personal policies and not as a legal framework enforceable by private civil action.” Historically, no overarching national space policy has been found to carry force of law in similar cases. In his ruling, Brikema stated that because the policy does not rise to the level of a congressional statute, it does not prohibit DARPA’s final contract decision. As such, the court rejected Orbital ATK’s argument that the RSGS program is unlawful.

SSL will thus continue to develop its satellite servicing vehicle alongside DARPA, which it plans to bring to market around 2021. SIS, a new U.S. company that will commercialize the service, already announced it has signed its first customer, operator SES.