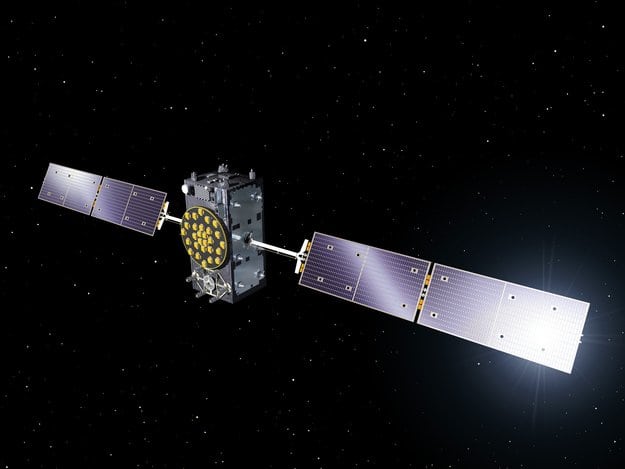 Under an Authority to Proceed signed with prime contractor OHB-System AG, Surrey Satellite Technology (SSTL) is commencing work on eight navigation payloads for Galileo, Europe’s Global Navigation Satellite System (GNSS). The contract will be worth approximately 140 million euros ($156.5 million), and is a continuation of a long cooperation between SSTL and OHB-System AG, with the pair having previously built 22 Full Operational Capability (FOC) satellites for the Galileo constellation.

SSTL’s Galileo FOC payload includes European-sourced atomic clocks, navigation signal generators, high power Travelling Wave Tube Amplifiers (TWTAs) and antennas. SSTL’s payload proposal for this third batch is for a recurrent build of the existing payload, with an evolution of the atomic clocks to incorporate advances made under the European GNSS Evolution Program.

Fourteen of SSTL’s Galileo FOC navigation payloads are currently operational in orbit, with a further eight payloads already delivered to OHB for integration and testing.

SSTL has been involved in the Galileo program since 2003 with the design and build of Giove A, Galileo’s pathfinder mission. Giove A launched in 2005 and is still operational today, providing data about the radiation environment in Medium Earth Orbit (MEO). An experimental GPS receiver on board Giove A also maps out the antenna patterns of GPS satellites for use in planning navigation systems for future high altitude missions in Geostationary Orbit (GEO), and beyond into deep space.