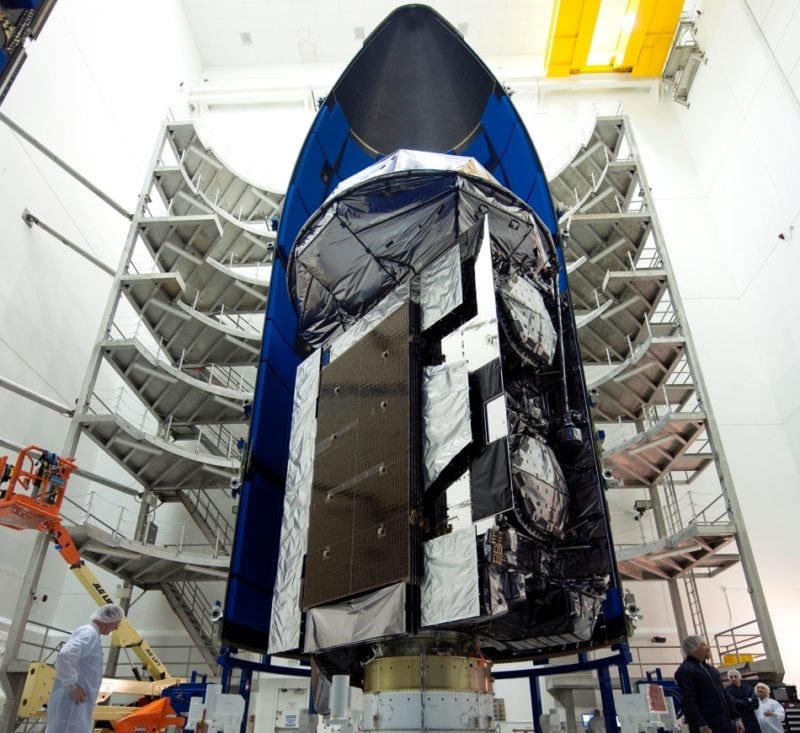 Users with new MUOS terminals will be able to connect BLOS around the world and into the Global Information Grid (GIG), as well as into the Defense Switched Network, according to Lockheed Martin. MUOS’ capabilities include simultaneous voice, video and mission data over a secure high-speed Internet Protocol (IP)-based system.

More than 55,000 currently fielded radio terminals can be upgraded to be MUOS-compatible, with many of them requiring just a software upgrade.

According to Lockheed Martin, once fully operational, MUOS will provide users with more than 10 times the communications capacity of the legacy system it will replace. The network provides near-global coverage, including communications into polar regions. MUOS also has demonstrated successful communication of Integrated Broadcast Service (IBS) messages to in-flight test aircraft.

MUOS 5 begins this transition after successfully completing post-launch, on-orbit testing on Jan. 19. The satellite completed orbit raising and successfully deployed its solar arrays and antennas for mission operations on Oct. 30, 2016.

Originally launched on June 24, 2016, MUOS 5 experienced an anomaly with its orbit raising propulsion system on its way to geosynchronous orbit. The Navy and Lockheed Martin engineering teams were able to isolate the issue and deliver MUOS to operational orbit using alternative propulsion.