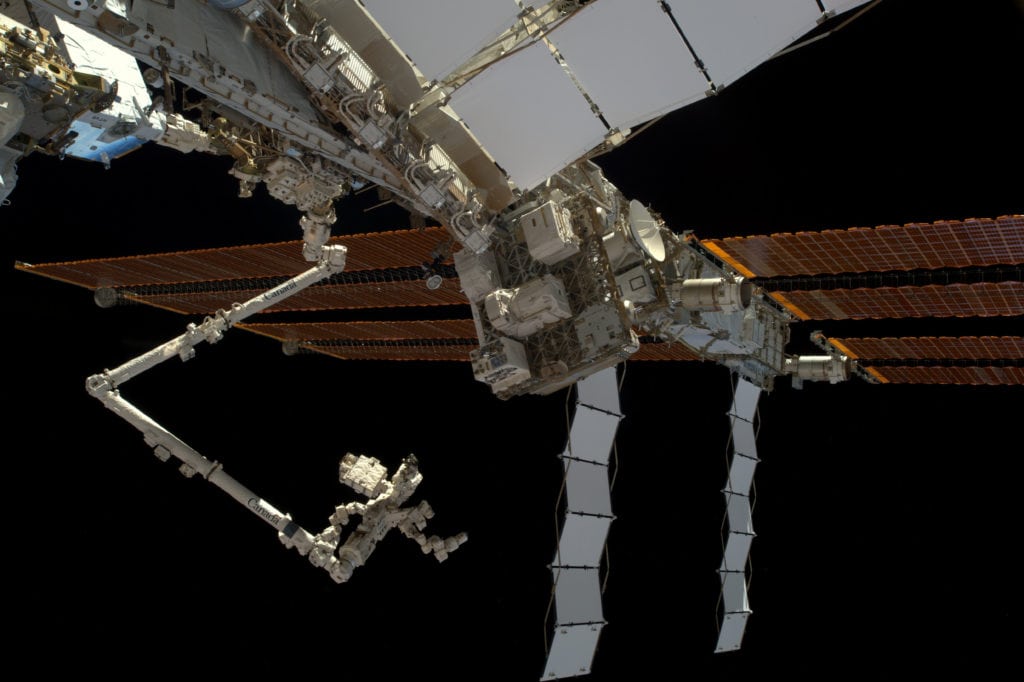 Solar panels and batteries on the ISS. Photo: SSL.

Space Systems Loral (SSL) announced that NASA’s Johnson Space Center (JSC) recognized MDA US Systems, a division of MDA managed by SSL, for its support of a robotic upgrade to the International Space Station’s (ISS) power system which took place in January. According to NASA, the MDA team based in Houston played a critical role in planning and validating the robotic maneuvering both before and during the mission.

By using the Dextre robotic arm, only two astronaut Extravehicular Activities (EVAs) were required to replace the batteries instead of six EVAs, which reduced the risk to the crew and freed up time for them to spend on space science work. During the mission, MDA’s Houston staff supported several weeks of two-shift days.

The company is also working on a variety of next generation government missions, including the Restore-L mission for NASA’s Goddard Space Flight Center, which will demonstrate satellite servicing in Low Earth Orbit (LEO); NASA’s Discovery Mission to explore the metal asteroid called Psyche; and the Dragonfly program for NASA and DARPA, which will demonstrate on-orbit satellite assembly. SSL also announced earlier this month that it was selected to partner with DARPA on the Robotic Servicing of Geosynchronous Satellites (RSGS) program.