NSR Report: What a Trump Administration Means for the UAS Satcom Market 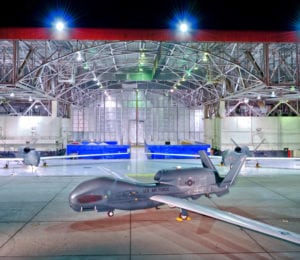 [Via Satellite 01-09-2016] Commercial satcom vendors will not stand to lose as the U.S., the largest Unmanned Aerial System (UAS) fleet operator, is poised to adopt a more aggressive global stance against terrorism to keep its election promises, according to a new report by Northern Sky Research (NSR).

The use of armed surveillance drones has been a matter of international contention for human right defenders, but that hasn’t deterred defense forces from across the globe to continue using drones, calling them a necessary evil. Moreover, the escalation of conflicts in Asia and Middle East under the new U.S. administration is a picture of foreign affairs that has attracted more attention with the new administration’s policy stance during the election. For this reason, NSR is forecasting that 50 percent of capacity revenues could be generated from UAS over these regions.

Taking stock of these developments, NSR’s “UAS – Satcom & Imaging Markets, Third Edition” report forecasts in-service units to almost double between 2015 and 2025 at a Compund Annual Growth Rate (CAGR) of 8.5 percent, leading to an increase in commercial satcom capacity leasing revenues for UAS above $300 million annually by 2025.

But this growth in capacity revenues from the UAS sector will not be evenly distributed among frequency bands, as the appeal of Fixed Satellite Services (FSS) Ku-band slowly starts to deteriorate with newer airframes being built with multiple-band capabilities for catering to military demand for interoperability and having greater operational flexibility. Difficulty to jam a signal and availability of surplus bandwidth at lower price per Mbps provides good opportunities for Geostationary High Throughput Satellite (GEO-HTS) capacity leasing being favored within the military, and NSR estimates that about 10 percent of global UAS will fly on such capacity by 2025.

An important finding of this report however was the growth in UAS airframes outside of the U.S., and it will not be a surprise if a more aggressive U.S. under the new administration spurs a drone race globally in the name of security and strategic force, leading to greater opportunities for commercial satcom players for supporting the ever-increasing number of bandwidth consuming sensors onboard these UAS.

The report essentially found that while the new U.S. president may believe that his nation should not meddle in global affairs, he will find it difficult to shy away from the role of global superpower, and do away with a powerful legacy of combating terrorism without putting soldiers at risk. The change of the guard at most powerful office at a time when global conflicts are only escalating leads NSR to believe that the trajectory for UAS growth will only point upwards, signaling a positive trend for the otherwise slow moving government and military satcom market.