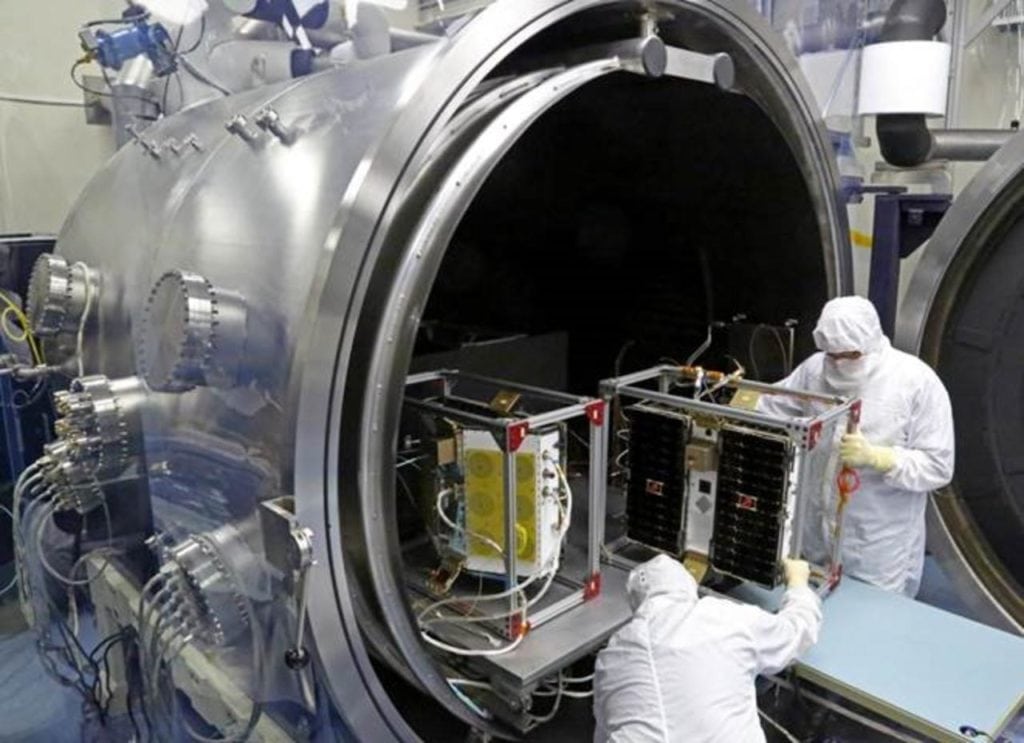 “As a constellation of eight spacecraft, CYGNSS will do what a single craft can’t in terms of measuring surface wind speeds inside hurricanes and tropical cyclones at high time-resolution, to improve our ability to understand and predict how these deadly storms develop,” said Thomas Zurbuchen, associate administrator for NASA’s Science Mission Directorate at the agency’s headquarters in Washington, D.C.

NASA expects the CYGNSS mission to lead to more accurate weather forecasts of wind speeds and storm surges — the walls of water that do the most damage when hurricanes make landfall.

Using the same GPS technology that allows drivers to navigate streets, CYGNSS will use a constellation of eight microsatellite observatories to measure the surface roughness of the world’s oceans. Mission scientists will use the data collected to calculate surface wind speeds, providing a better picture of a storm’s strength and intensity. Unlike existing operational weather satellites, CYGNSS can penetrate the heavy rain of a hurricane’s eyewall to gather data about a storm’s intense inner core.

“Today, we can’t see what’s happening under the rain,” said Chris Ruf, professor at the University of Michigan‘s Department of Climate and Space Sciences and Engineering and principal investigator for the CYGNSS mission. “We can measure the wind outside of the storm cell with present systems. But there’s a gap in our knowledge of cyclone processes in the critical eyewall region of the storm — a gap that will be filled by the CYGNSS data. The models try to predict what is happening under the rain, but they are much less accurate without continuous experimental validation.”

CYGNSS is the first complete orbital mission competitively selected by NASA’s Earth Venture program, which focuses on low-cost, rapidly developed, science-driven missions to enhance our understanding of the current state of Earth and its complex, dynamic system and enable continual improvement in the prediction of future changes.