Army Weighs Ring of CubeSats in Next Satellite Demonstration 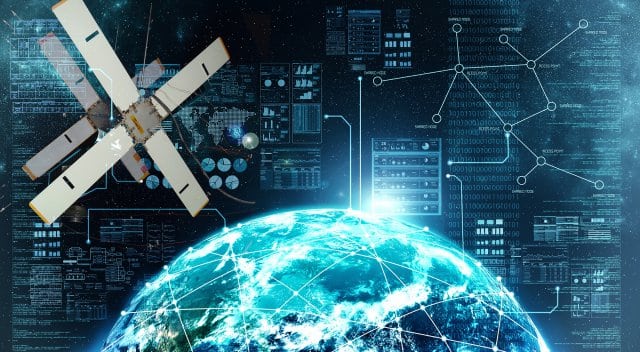 [Via Satellite 09-09-2016] The United States Army is considering a demonstration constellation comprised of a ring of small satellites in Low Earth Orbit (LEO) for telecommunications services. The potential constellation, known as the Army Global on the Move Satcom (ARGOS) system, would prove out an Army science and technology experiment, determining if such a system would be practical for filling telecommunications infrastructure gaps for U.S. ground forces.

The Army has conducted two other satellite demonstrations in the recent past. In 2010, the U.S. Army Space and Missile Defense Command (SMDC) flew the SMDC Operational Nanosatellite Effect (SMDC-ONE) — the Army’s first satellite in 50 years — which demonstrated the viability of using CubeSats to relay and exfiltrate data from isolated ground sensors. SMDC flew five satellites as part of SMDC-ONE, showcasing over-the-horizon communications including voice, text message and data. The organization followed this with the SMDC Nanosatellite Program (SNaP-3), a trio of CubeSats that are still functioning today as a Joint Capability Technology Demonstration (JCTD) led by the Office of the Secretary of Defense (OSD).

The Army is now considering its third major telecommunications demonstration, which if completed, could go further than all the rest. John London III, chief engineer of the U.S. Army SMDC Space and Strategic Systems Directorate, told Via Satellite that the organization is considering a halo-like network of CubeSats to prove a LEO communications system could provide meaningful, constant communications for specific geographic areas.

“What we have looked at is the possibility of launching a single ring of satellites that would be over the equator. If you do that, then if the user is in their field of view, you would have persistence for that latitudinal swath that is centered over the equator. It wouldn’t be a global coverage, just a certain percentage of the Earth,” he said.

The Army’s CubeSat initiative comes at a time when CubeSat activity has reach a fever pitch worldwide for all manner of services, including telecommunications, weather, radar, ship tracking, Earth observation and more. Like others, the Army has used CubeSats as a method of low-cost entry into the satellite sector. In its first two experiments, SMDC demonstrated propulsion systems, the use of software-defined radio, and even full encryption with a CubeSat at a U.S. government-level for the first time. London said the SMDC did fall short in one area with regard to the Joint Military Utility Assessment (JMUA) due to problems with attitude control systems, but that ultimately SMDC learned a lot. He said today the Army is ready to look toward its third generation of small satellites.

“It will be a higher capacity satellite than the SNaP and the SMDC-ONE satellites,” he said. “We are looking at not only Ultra-High Frequency (UHF), but a Ka-band communications capability, so a much higher frequency and data rate, looking at being able to provide an assured communications capability for the warfighter. In this case assurance means simply having enough satellites on orbit to where if a soldier needs to be able to communicate, there will be a satellite overhead and available.”

London pegged that number at 16 CubeSats for this demonstration. At a reasonable altitude, he said this number would provide the level of coverage the Army is seeking to prove at a targeted price point. He acknowledged that the halo would not cover a huge percentage of the Earth, but said that it would reach important areas of responsibility within U.S. Southern Command (USSOUTHCOM), Africa Command (USAFRICOM), and parts of Pacific Command (USPACOM).

“We are focused more on filling gaps in space systems capability and looking for unique needs that the ground component warfighter might have that are not currently being supported by space systems. The science and technology experiments we do will determine whether it makes sense for us in the long term to field space-based systems to meet these needs,” he explained.

Some of the challenges the Army faces in fielding this system are sufficient launch capability and operating a ground segment that can run demonstration satellites. Previously, the Army pursued it’s own launch system, the three-stage Multipurpose NanoMissile System (MNMS) program, as well as the JCTD Soldier-Warfighter Operationally Responsive Deployer for Space (SWORDS), but ultimately decided both were too expensive to continue. London said launching to an equatorial orbit remains a challenge, but expressed confidence that commercial systems such as Orbital ATK’s Pegasus and Virgin Galactic’s LauncherOne could possibly provide such a service for the military in the future. For ground segment services, London said SMDC would like to have an indigenous capability to operate science and technology experiments, though it would not be seeking to build a military operational capability.

London said SMDC collaborates with other branches of the U. S. military, including the Air Force and the Operationally Responsive Space (ORS) office, and is not trying to replicate what the Air Force is doing. He also said that the current ARGOS template is not set in stone, and could change as SMDC sees fit. Being responsible for science and technology programs, London said he is excited about the potential small satellites have for the Army, but that the Army has not made a decision about using them in an operational sense at this point. However, if these demonstrations prove their mettle, CubeSats and nanosatellites could find a larger purpose for Army use.