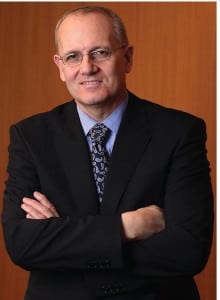 [Via Satellite 02-12-2015] CNES, the French space agency, and the Agencia Espacial Mexicana (AEM), Mexico’s space agency, have agreed to step up the cooperation initiated in April 2014 on space-based telecommunications, remote sensing and disaster relief. CNES President Jean-Yves Le Gall met with AEM Director General Francisco Javier Mendieta Jimenez to review the progress in collaboration between France and Mexico, and to begin ramping up their industrial partnership through actions such as exchanges between the University of Mexico and the Toulouse Space Center.

Mexico has access to mapping, land-use monitoring and coastal surveillance through its Spot satellite receiving stations, and has two more MexSat telecommunications satellites planned for launch aboard Proton and Atlas 5 launch vehicles. Following last year’s framework agreement, CNES and AEM will be meeting again in September to focus on climate change.

“We need only look at the speed and determination with which our teams have begun collaborating since the signature last April of our framework agreement, which has been expedited in such quick time,” said Le Gall. “More than ever before, France and Mexico look forward to engaging many scientific and industrial projects together.”