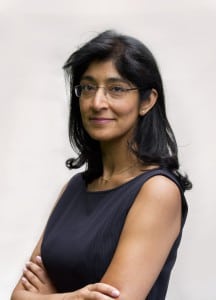 “[This is] because of (1) the momentum generated since WRC-07 not only by the wireless industry but also by policymakers about connectivity, anytime, anywhere and, most importantly, on all mobile devices; and (2) policy discussions on 5G, which are fast-becoming the focal point for many governments in developed countries,” she said.

Holla-Maini rejects the notion that the satellite industry has been complacent when dealing with this threat and points to the fact that efforts have been far better coordinated behind the Satellite Spectrum Initiative than ever before, mobilizing efforts from ESOA, the Global VSAT Forum (GVF), the Cable and Satellite Broadcasting Association of Asia (CASBAA), the Asia-Pacific Satellite Communications Council (APSCC), the Satellite Industry Association (SIA) and other satellite industry groups.

“We have been securing key data that has proved relevant to the debate such as the amount of spectrum available to [International Mobile Telecommunications] IMT versus what is actually licensed — less than half of what is available to them is licensed and, of what is licensed, even less is used!” says Holla-Maini. “We are confident of a positive outcome as we find that governments are listening to and engaging with the satellite industry more seriously than they did in the past before making important decisions that may change their telecoms landscape permanently.”

Getting this message across to governments in Africa has been key for satellite. Holla-Maini believes that African governments understand well the fact that a one-size-fits-all approach does not work and that while C band might not be so important in other areas of the world, it is enables very real and vital services via satellite on their continent today and in the future. She said the satellite industry is confident that African governments realize this and will therefore not open the band above 3.6 MHz to IMT. “We still need to work hard to preserve 3.4 to 3.6 but are on the right path,” she said.

Last week, Michel de Rosen, Eutelsat’s CEO, was speaking to delegates from African countries gathered in Nigeria for a meeting organized by the African Telecommunication Union (ATU) to prepare for the World Radiocommunication Conference scheduled to take place in Geneva from Nov. 2 through 27, 2015. In a wide-ranging speech, de Rosen set out key reasons why the satellite industry should keep hold of this spectrum. De Rosen highlighted a number of key areas where satellite can make a difference. He told delegates that in the area of air security and safety communications, there is a heavy reliability on C-band networks, and on C band only, through African organizations such as ASECNA, the Agency for Aerial Navigation Safety in Africa and Madagascar. He also spoke about the need for satellite to help in crisis situations such as droughts, floods, food and water security, and how these all depend on C-band satellite communication services that cannot be provided by terrestrial technologies, which are destroyed when a natural disaster hits a region.

“With a geostationary satellite and the C band in particular, connectivity can be re-established instantly in these extreme circumstances with a simple transmitting-receiving antenna (VSAT). There is no way to face and properly manage disasters without C-band satellites,” de Rosen said.

He also spoke about the importance of connecting police and government services, particularly when countering the global terrorism threat. De Rosen said C band is a vital component of the security forces infrastructure. Health and education were also two other areas he highlighted where satellite connectivity could make a difference, in addition to its well-known strength in TV broadcasting.

De Rosen directly addressed the question as to whether opening C-band to share with satellite would lead to a growth of new services.

“I say ‘no’ and we have the solid experience of the regions that have tried it as evidence. We know for a fact that sharing spells the end of existing satellite services, with no guarantee that the promised IMT services will be implemented in the corresponding frequency bands, even in the long term. Satellite services are here today; we have and we continue to invest in C-band satellites over Africa. We are serving you today and we are investing for the future as well,” he said.

However, to win the hearts and minds of governments around the world is an ongoing challenge, and in some regions it will be more difficult than others. Not every region employs C band as extensively due to differing levels of technological development and environmental circumstances.

“Europe is obviously one but largely because of the C-band decision taken in 2008 to open part of the C band to sharing with IMT; still there are split views even in the EU. Japan and Korea, as homes to large device manufacturers, are also tough nuts to crack and ones where satellite cannot really make its voice heard. Their national policies around ultra-fast broadband and 5G also impact other developed countries’ perceptions of where they should be going in order to remain competitive in a global context regardless of the fact that these policies might be driven more by Korean/Japanese corporate interests than anything else,” said Holla-Maini.

However, while the satellite industry has been mobilizing well, and putting together compelling arguments about why it should retain key spectrum, the battle is far from over.

“Satellite operators have less resources than the wireless community and that affects our weight and ability to reach out as far and as often as we should be doing. More specifically the challenge extends also beyond C-band,” said Holla-Maini. “The wireless community is searching for 1GHz of contiguous spectrum and has put in claims for spectrum above 6GHz, so touching not only the C-band uplink, but also Ku- and Ka-band satellite spectrum. A major challenge for us is to convince governments not only of the merits of protecting C-band but also of the need to find a win-win solution for example by giving IMT spectrum above 31GHz, outside satellite bands, where there is enough for them to grow with contiguous spectrum while still allowing satellite and other services to continue in parallel.”