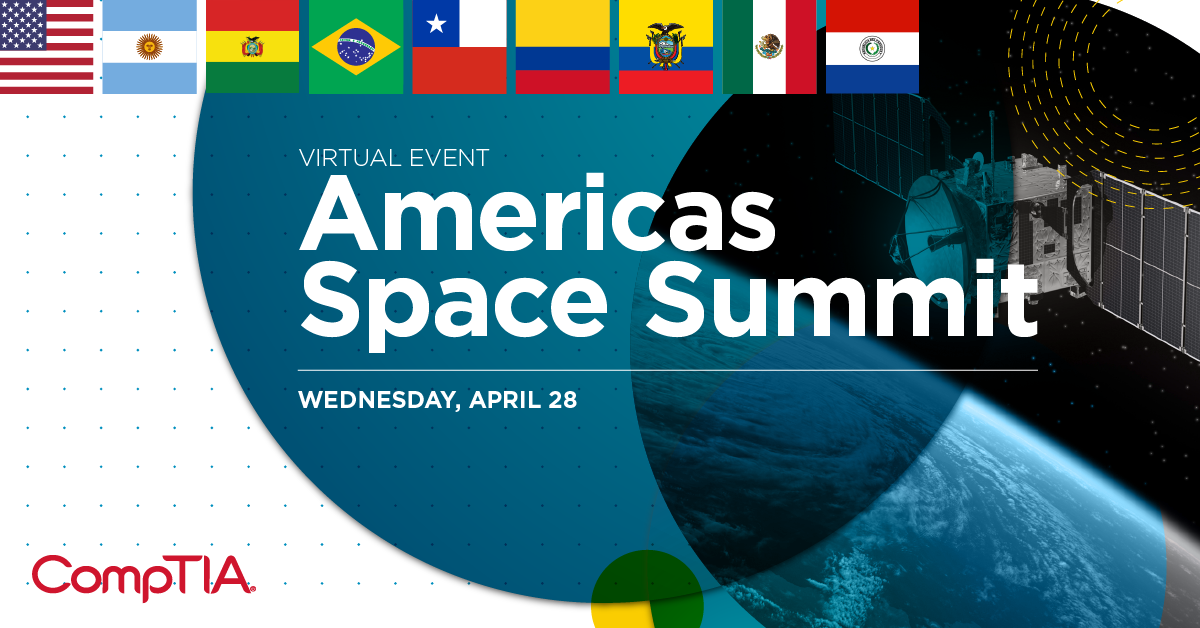 Over the last decade, the United States has made a concerted effort to strengthen its space cooperation ties with its Latin American partners. Latin America is seen as a strategic market for the United States, with several long-time allies in the region and, in the past few years, Latin America has emerged as a hotbed for satellite technology innovation, particularly in the small satellite sector.

Likewise, the CompTIA Space Enterprise Council has developed strong ties throughout Latin America, with Memorandums of Understanding in place with Argentina, Brazil, Chile, and Colombia, as well as active engagement with several other countries. Through these relationships, the Space Enterprise Council creates opportunities for its member companies – and the U.S. space industry at large – to connect with their counterparts in these countries with the potential for further partnerships and collaboration.

At the Americas Space Summit, leaders in the public and private sectors of the space industry in Latin America will share highlights of their countries’ space activities, technological innovations, and current and future challenges and opportunities, with the aim to bring awareness to a burgeoning space marketplace and potential business development opportunities with the United States.