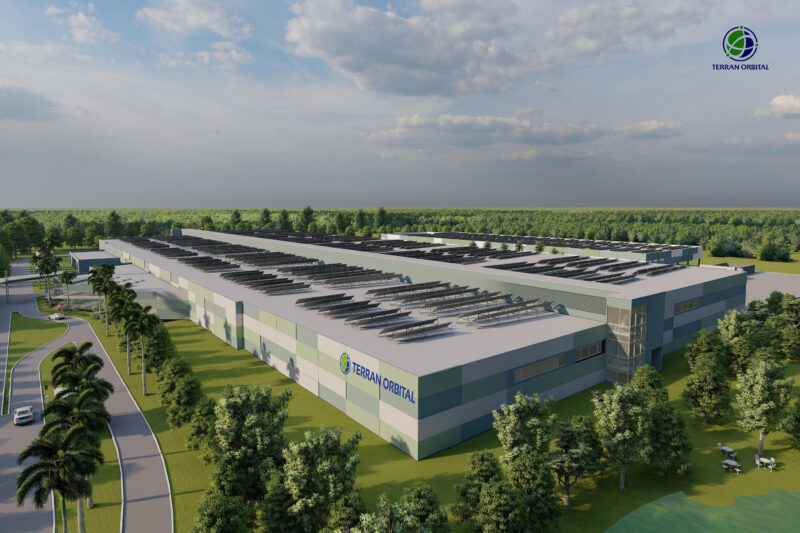 Satellite designer and manufacturer Terran Orbital Corp. on Monday said it has received a $100 million investment from Lockheed Martin to allow the company to accelerate and expand its manufacturing capabilities.

The two companies also have entered into a new strategic cooperative agreement through 2035 that allows Terran Orbital to pursue more opportunities through Lockheed Martin. The companies had a prior strategic agreement that ran into 2031.

The expanded relationship with Lockheed Martin opens new doors for Terran Orbital and “we’ll sort out what doors to go through,” Marc Bell, co-founder, chairman and CEO of Terran Orbital, told Defense Daily. “Our future just got brighter.”

Terran Orbital said in announcing the new investment and agreement that the companies will share expertise to advance technologies across military, commercial, and civil customers by focusing on mission assurance with satellites and constellation architectures, delivering innovative solutions quickly, on schedule, and affordably at scale.

Terran Orbital went public earlier this year, not long after Russia launched its unprovoked war against Ukraine that is still ongoing.

The war was a “sea change” moment for the commercial satellite imaging industry, demonstrating that there is not near enough synthetic aperture radar (SAR) capacity, Bell said. And by going public, Terran Orbital decided not to pursue its own constellation of SAR satellites and instead be a manufacturer of choice for commercial and government customers, he said.

Bell said that private equity firm AE Industrial Partners’ acquisition in early October of York Space Systems at a reported $1.1 billion enterprise value demonstrates that Terran Orbital is taking the right approach to the market, Bell said. Terran Orbital is a larger company and the York deal showed that “we are undervalued,” he said.

In its release, Terran Orbital said it can do more to meet the “growing unmet needs in adjacent markets to the company’s core satellite offering,” including expanding its products and services to include SAR, electro-optical, hyperspectral, infrared and secure communication payloads, satellite subassemblies and components such as star trackers, reaction wheels, battery solutions, and guidance, navigation and control solutions, and mission operations using the company’s and its partners’ ground networks.

“In today’s market, customers want the industry to determine the leaders that will deliver timely, quality, and affordable solutions across a variety of missions,” Bell said in a statement. “This is a continued expansion of our collaboration with Lockheed Martin, and complements and accelerates the decision Terran Orbital made amid the lingering supply chain crisis to continue to vertically integrate products and components to facilitate full in-house satellite and manufacturing production. We see the opportunity to dramatically ramp up our capabilities and external product offerings, which we believe will move Terran Orbital toward profitability.”

Terran Orbital said it had planned to expand its manufacturing on Florida’s Space Coast but with the new investment from Lockheed Martin it will instead accelerate these efforts and base them in Irvine, Calif., where it has added more than 140,000 square feet of space in the past year.