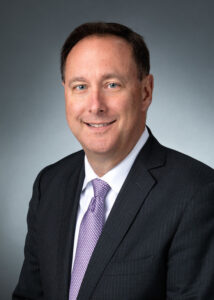 Lockheed Martin on Tuesday named Robert Lightfoot as the next head of its $11 billion Space segment, succeeding Rick Ambrose, who will retire March 1, 2022.

Lightfoot, currently vice president of operations for Lockheed Martin Space, will become executive vice president of the Space business on Jan. 1, 2022. Ambrose, who announced his plans to retire in October, will help with the transition.

“Robert is a mission-oriented leader with the right combination of experience to take our Space business to its next heights,” Frank St. John, COO at Lockheed Martin, said in a statement. “He is known for exceptional people leadership, and I look forward to what he will bring to not only Space, but also the broader aerospace and defense industry.”

Lightfoot joined Lockheed Martin in 2019 as vice president of strategy and business development for the Space business before also assuming the head role for operations in June 2021. As head of operations, Lightfoot is responsible for production operations, which includes assembly, test and launch operations, supply chain, quality, program management, and facilities, logistics and security services.

Before joining Lockheed Martin, he spent one year at Alabama-based LSINC Corp., where he was president of the woman-owned small business that provides various services to the federal government.