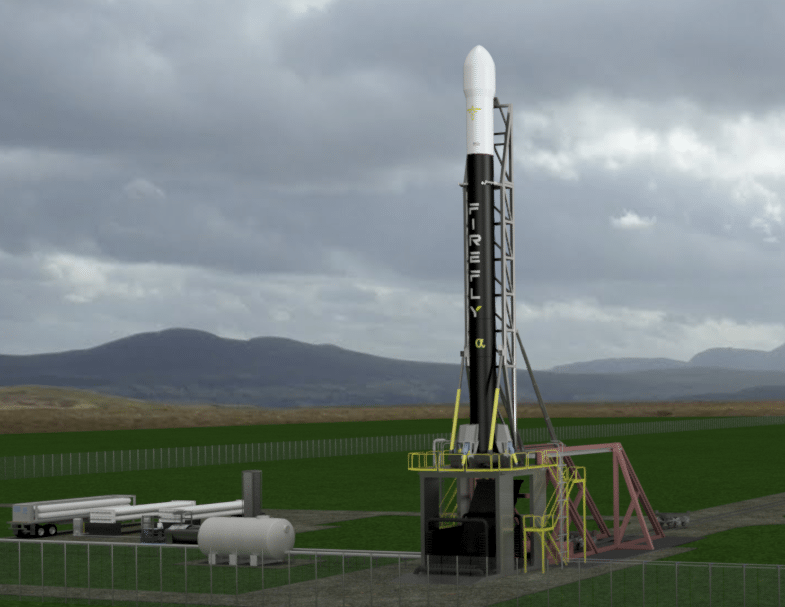 Smallsat launcher in development Firefly Aerospace has closed an oversubscribed $75 million Series A funding round, which values the company at more than $1 billion. The funding round, announced May 4, was led by DADA Holdings, with participation by Astera Institute, Canon Ball LLC, Reuben Brothers Limited, SMS Capital Investment LLC, Raven One Ventures, The XBTO Ventures and other investors.

Firefly said that its seed investor, Noonsphere Ventures, led by Dr. Max Polyakov, sold approximately $100 million of its Firefly holdings to certain Series A participants and other investors through secondary transactions to satisfy demand to participate in the round. Noonsphere Ventures is still the largest investor in Firefly.

Firefly is approaching the first launch of its Alpha small launch vehicle. It has completed acceptance testing for Flight 1, and the vehicle has been fully installed on Firefly’s Vandenberg Air Force Base Space Launch Complex 2 (SLC-2) launch site.

CEO Dr. Tom Markusic said in the release that after the first launch, the company also intends to raise an additional $300 million later this year to fund its growth plans for new spacecraft and launch vehicle development through 2025.

“It is gratifying to see such strong investor interest that far exceeded our near-term funding goal of $75 million. Firefly is excited to welcome our new partners, prior to our inaugural launch of Alpha,” Markusic said. “With our recent major contract wins and the arrival of new, strong financial partners, 2021 is proving to be a breakout year for Firefly.”

Markusic also told Reuters that he is considering a merger with a special purpose acquisition company (SPAC) for the next capital raise.