My Takeaways from SATELLITE 2019 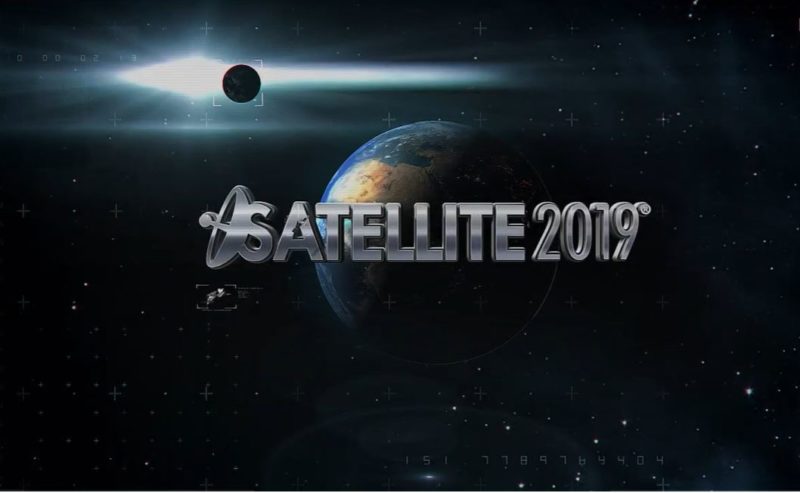 As Chair of the SATELLITE conference, I am privileged to get an exciting behind-the-scenes view into the planning process that happens in the months leading to the event. The following is a list of takes that I felt stood out from a very busy week of conference sessions and keynote

The satellite industry is a software-defined industry.

At SATELLITE, the leading satellite manufacturers traditionally take part in a session that is very broad, addressing all of the challenges and opportunities facing their industry. This year, they participated in a very focused discussion on how the satellite industry has essentially become a software industry, with software-defined processes and AI capabilities taking over at nearly all links of the supply chain. It was our most popular session of the entire conference.

And that wasn’t the only session that spoke about smart- or software-defined satellites. In our Monday opening general session, “What’s the Next Big Idea,” Lockheed Martin VP and General Manager of Commercial Civil Space Lisa Callahan spoke of adaptive satellites that could change their mission in orbit — and the security issues that come along with that capability. “This could collapse the value chain, as you can take out some of the middlemen. We will talk more about AI on how we operate those satellites,” she said, “If you can re-program satellites, you need greater security. Our military and government customers have been asking for a lot of security capabilities. We are starting to see this in the commercial world.”

IBM Watson CTO Jeb Linton seconded Callahan’s opinion. “With that advent of AI, huge amounts of data from satellite constellations can be evaluated. Security becomes a paramount concern. We can’t have an era of satellites producing masses of data, without a much greater security capability. You have to focus on the resilience, as you can’t keep the bad guys out today.” 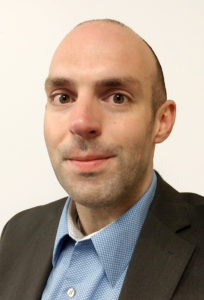 Jeffrey Hill is Chair of SATELLITE, Executive Editor of Via Satellite, and Producer and Host of the On Orbit podcast.

This conclusion can easily be made by looking at the size of the real estate and audience that these topics commanded on the SATELLITE 2019 program. It’s not that GEO satellites and other technologies aren’t exciting. It’s more or less that these are the types of systems that are planned for the future, and that the size and cost of antennas is a significant bullet on a list of factors that will determine their success. Any panel session that had the word “Antenna” in its title attracted at least 150 (and up to 300) attendees.

Perceptions of what role satellites will play in the delivery of 5G wireless services are all over the place.

During our Tuesday Opening General Session with the world’s largest global operator CEOs, Sprint’s Director of Internet of Things (Iot) Strategy and Partner Management Akther Javid, one of our guest moderators, asked the group a very clever question. She asked them how they were fighting against the perception that satellite services were too expensive and slow to deliver next-gen 5G wireless connectivity. Her question didn’t imply that this perception was true. It simply asked how the CEOs intended to set the record straight.

Instead of answering the question, the CEOs got very defensive, repeating the fact that the perception isn’t true and that satellites are “uniquely positioned to rapidly deploy 5G into remote areas,” and that satellite bandwidth is ideal for 5G applications, and so on… While they know this is true, and while most people in the audience would agree, it was a missed opportunity to explain where the perception came from in the first place. Where are the studies that no one has read? Where are the use cases? How can satellite operators make a stronger, public case? Where are the willing partners and champions? Maybe satellite operators need to make an argument purely based on the fact that satellite infrastructure is already largely in place? This discussion, I felt, would have been much more effective in moving the audience.

This relates to my next takeaway…

Operators are worried about losing more spectrum to cellular carriers for 5G, and no one is certain what will happen at WRC-19…

Sticking with the Tuesday Opening General Session, Eutelsat CEO Rodolphe Belmer made a powerful point when he said that the rollout of future mobile internet offerings were contingent on what happens with C-band spectrum. “The dispute on the frequencies is a very strong concern for our industry,” said Belmer. “If we can’t continue to operate the C-band frequency when we need to … there will be no bridging of the digital divide.”

But the worry doesn’t end with C-band. I caught glimpses of worry that operators would soon find themselves fighting to protect Ka-band. Global VSAT Forum’s David Meltzer did a fantastic job assembling a panel that laser-focused on how operators can prepare for battle at the World Radiocommunication Conference (WRC-19) in October.

The terrestrial mobile world’s insatiable hunger for bandwidth weighs heavily on everyone’s mind.  The WRC will attempt to come to a “consensus” on changes to the ITU’s Radio Regulations, the international treaty governing the global use of the radio-frequency spectrum and regulating the orbits of satellites. “When you have that many delegates from that many countries, there’s bound to be conflict,” added Kenneth Turner, the deputy director of spectrum policy in the Pentagon CIO’s office. He predicted long and difficult discussions, with “many late nights … tough deliberations and negotiations.”

Charles Glass, the chief of the International Spectrum Policy Division at the National Telecommunications and Information Administration (NTIA) noted that this upcoming WRC was “unique, in that we normally have one or two agenda items that I would count as highly politicized, this time we have six … There’s hasn’t been a single [WRC] conference that I’ve been at where we haven’t been surprised by an agenda item we thought was going to be peacefully solved in week one and in week four, at 11.59 pm on the last day, we’re still talking about it.”

Echostar’s Jennifer Manner stated that the discussion of future agenda items keeps participants up until late into the night, specifically the discussion of which spectrum bands should be included for allocation to 5G services.

It appears the bill is due in October.

The satellite industry has become much younger and more diverse, but still has a long way to go before it achieves true equality.

It was a great sight to see eight female industry leaders as speakers on a SATELLITE general session. The panel, “Our Collective Role in Empowering Women and Cultivating Diversity in Aerospace,” was lead by Charity Weeden, president and co-founder of Lquinox Consulting, who directed the conversation to address opportunities for the aerospace industry to be more inclusive to people of different genders, ages, races, and cultures. Ball Aerospace’s Debra Facktor, Inmarsat Government’s Rebecca Cowen-Hirsch, and ABS’s Carmen Gonzalez-Sanfeliu described their unique approaches to connecting with introverts and others who hesitate to speak up.

Satellite technology pioneer Kay Koplovitz of Springboard Enterprises (former CEO of USA Networks and the first female chief executive of a U.S. broadcast network in history), focused on encouraging more women in entrepreneurship. Rebecca Keiser of the National Science Foundation even gave an inspirational story of how organizations like hers can prevent harassment in the research community by withdrawing grants on the basis of bad behavior.

But there’s still a long way to go, and that is backed up by data. During the session, Weeden highlighted that, in our industry, women still make 87 cents for every $1 a male engineer makes. Gender-based pay discrimination needs to end.

We’re back to the days of established launch service providers saying “there isn’t enough room for all these new launchers!”

Executives on our annual heavy-lift launch services panel sent a clear message to new entrants: stay out of the GEO market. There’s not enough room. Fight among yourselves (and some of us) for small satellite customers and LEO constellations.

ULA CEO Tory Bruno was about as direct as they come. “The math behind this is kind of straightforward. For the next decade, there will be no more than 30 to 35 launches a year. All the launch companies are kind of similar [in their structure] with big capital assets like launchpads and factories. We all need 8 to 12 — let’s say 10 — launches a year to be a viable economic entity. That’s room for four. There’s going to be two in Europe. That leaves us two domestically … We’ll be one of them.”

Something to keep on file for SATELLITE 2020 — Space Debris.

I’ll just leave you with this quote from OneWeb CEO Adrian Steckel: “We have a team of people that are thought leaders on space debris. It is not an easy issue. We think there is a lot of work to be done. We are working with regulators. The question is, who is the cop? Who is in charge? I think there is a need of regulation and greater regularity.”

See you next year!