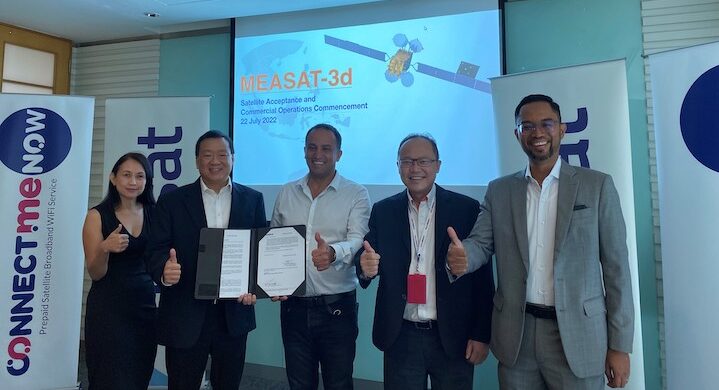 Interestingly, the satellite also hosts a Q/V band payload, which Measat claims it a first of its kind in the Asia Pacific region. In addition, Measat-3D also carries a hosted payload for KTSAT which will be used for the Korean Augmentation Satellite System (KASS) to enhance accuracy and reliability of GPS signals for airplanes, increasing airline flight safety in South Korea. It was built by Airbus.

Arianespace launched the satellite on June 22, along with GSAT-24, built for NewSpace India Limited (NSIL).

“We are pleased with the successful in-orbit testing of Measat-3D and its commercial deployment, following the launch last month. I would like to thank the Measat and Airbus teams for their solid effort and continuous support. With this, Measat-3D is ready to support the Malaysian government’s National Digital Network (JENDELA) target to achieve 100% internet coverage by 2025, as well as our clients’ plans to expand service offerings and improve customer experience,” Yau Chyong Lim, Measat COO, said in a statement.