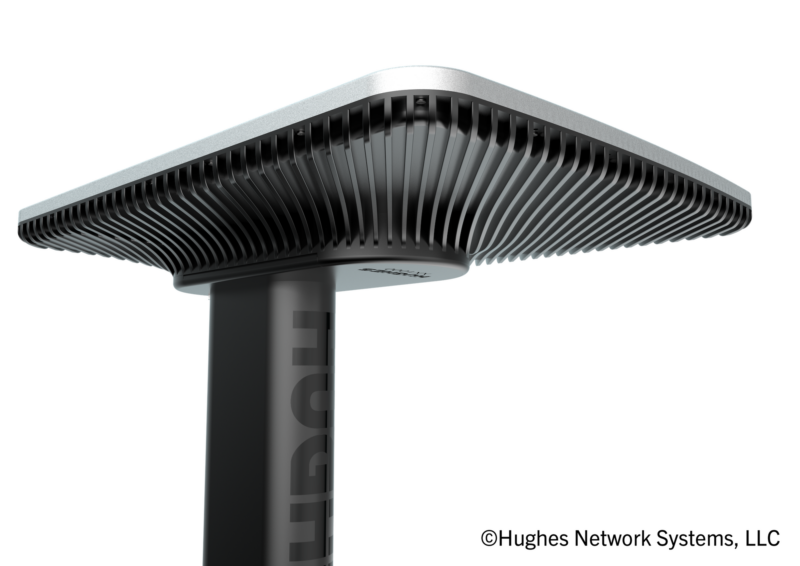 This is part of Hughes’ commitment to connect underserved communities at the very edge of cellular coverage, Gaske said. “The reduced signal levels that occur out there in our markets are just fine,” he explained, “We just want to get some quick packets through.”

The hybrid service will be offered to consumers in select U.S. markets later this year, the company said in a statement.

The OneWeb antenna is designed to seamlessly hand off signals from one satellite to the next every three minutes, said John Corrigan, senior vice president at Hughes. He said the antenna provided LEO connectivity at speeds of 190 Mbps down and 20 Mbps up; and also delivered average round trip latency “in the low 50 milliseconds or so.”

The demonstrations “are proof positive of our continued engineering leadership on the path to an integrated, worldwide ecosystem of terrestrial and multi-orbit satellite connectivity,” said Hughes President and CEO Pradman Kaul.