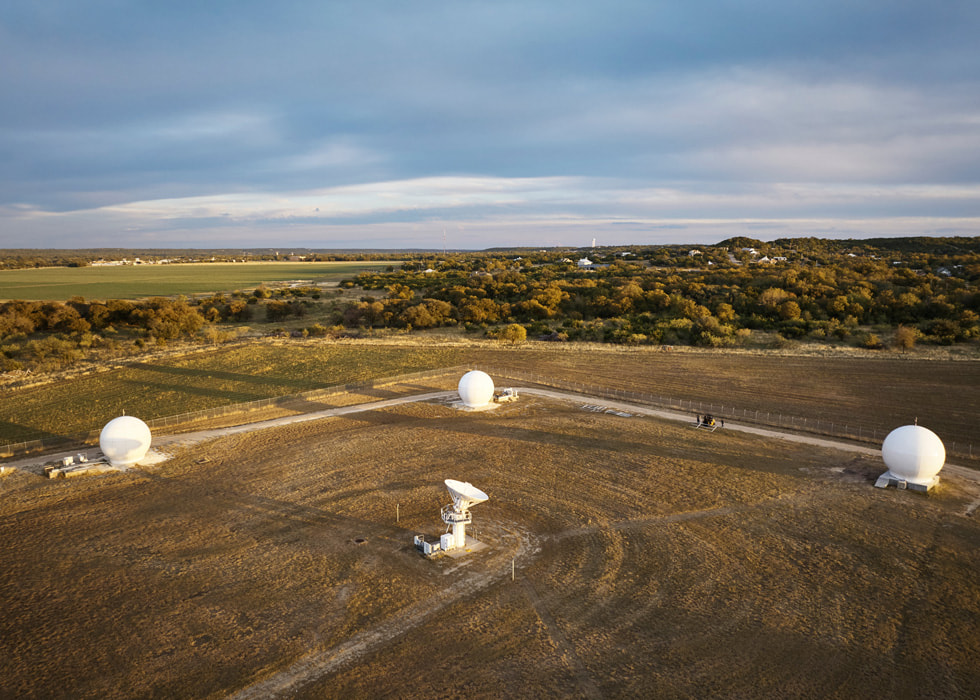 A Globalstar ground station that enables emergency messaging via satellite on the iPhone 14. Photo via Apple.

Apple announced Tuesday that its emergency SOS service via satellite is now available with the iPhone 14 in the U.S. and Canada. The service is set to start in France, Germany, Ireland, and the United Kingdom in December.

The service allows customers to contact emergency services when they are outside cellular networks by connecting to a Globalstar satellite. Every model in the iPhone 14 lineup can connect directly to a satellite through a combination of custom-designed components and  integrated software.

There also is an Emergency SOS via satellite demo so iPhone users can test satellite connectivity on their phones by connecting to a real satellite in range without calling emergency services.

“Some of the most popular places to travel are off the beaten path and simply lack cellular coverage. With Emergency SOS via satellite, the iPhone 14 lineup provides an indispensable tool that can get users the help they need while they are off the grid,” said Greg Joswiak, Apple’s senior vice president of Worldwide Marketing. “Our teams worked tirelessly to tackle a new set of technical challenges to bring this service to life, in addition to building a reliable on-the-ground infrastructure.”

On Nov. 10, Apple announced a $450 million investment from its Advanced Manufacturing Fund to support the infrastructure for the service. Globalstar will receive most of the funding to enhance its satellite network and ground stations. The satellite operator previously awarded MDA a $327 million contract for new satellites to upgrade its network to launch by the end of 2025.

New antennas were installed in all Globalstar worldwide ground stations, including new ground stations in Nevada and Hawaii, as well as existing facilities in Texas, Alaska, Florida, and Puerto Rico. Cobham Satcom designed new antennas specifically for the Apple program.

“The launch of Emergency SOS via satellite direct to iPhone is a generational advancement in satellite communications, and we are proud that Globalstar’s satellites and spectrum assets will play a central role in saving lives,” said Jay Monroe, Globalstar’s executive chairman. “With Apple’s infrastructure investment, we’ve grown our teams in California and elsewhere to construct, expand, and upgrade our ground stations, and we look forward to the next chapter in Globalstar’s lifesaving technology.”