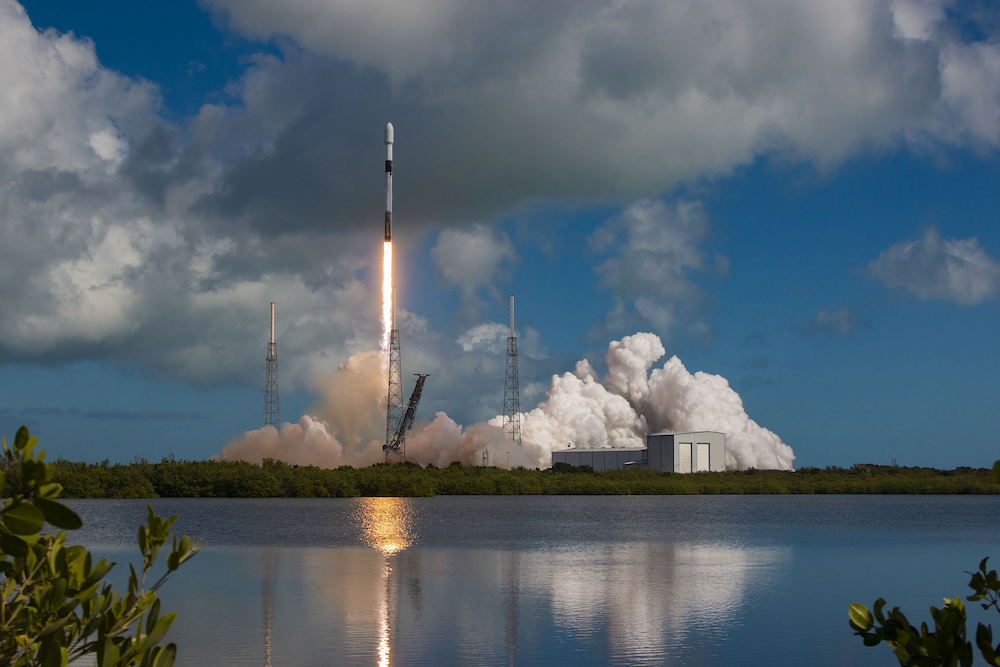 SpaceX launches Galaxy 31 and 32 for Intelsat on Oct. 12. Photo: SpaceX

Intelsat’s newest C-band broadcast satellites, Galaxy 31 and Galaxy 32, are in good health after SpaceX launched the pair in a Falcon 9 mission over the weekend. Manufacturer Maxar Technologies confirmed after the Saturday launch that the satellites are performing as expected.

SpaceX launched the satellites on a Falcon 9 rocket from Cape Canaveral Space Force Station in Florida at 11:06 a.m. EST on Saturday, Oct. 12. The satellites separated about 35 and 40 minutes into the mission and Intelsat confirmed signal acquisition soon after. Next, Galaxy 31  and Galaxy 32 will begin firing thrusters to commence their journeys to final Geostationary Orbit (GEO).

This was the second set of a total of seven new Intelsat satellites launching in the next six months, following after SpaceX launched Galaxy 33 and 34 in October.

These satellites are also the first out of five satellites that Intelsat contracted Maxar to build for the C-band transition, based on the 1300-class platform.

“Today’s successful launch is part of our Galaxy fleet refresh plan and is a clear demonstration of Intelsat’s commitment to our media customers,” said Intelsat CEO Dave Wajsgras. “The Galaxy fleet is the most reliable and efficient media content distribution system in North America, and our customers can continue to count on it for years to come.”