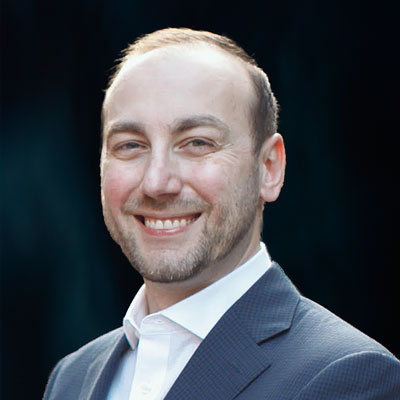 AST SpaceMobile is generating a lot of interest as it nears the launch this summer of Bluewalker 3, a satellite designed to connect directly with unmodified cellphones on Earth.

The company went public in April 2021 and recently provided its first full-year financial results. The company reported $12.4 million in revenue. Total operating expenses increased by $64.3 million to $91.6 million for 2021, compared to 2020. AST SpaceMobile said that testing and integration on the BlueWalker 3 satellite are near completion. In addition, the company has agreements and MoUs with mobile network operators (MNOs) that in total have more than 1.8 billion subscribers. The company also has more than 2,100 patent and patent pending claims.

VIA SATELLITE: AST SpaceMobile has some major MNOs that have signed on as partners to provide service like Vodafone, Rakuten, Telefonica. How are the MNOs supporting the company in the development process?

Wisniewski: The mobile network operators are core to our business. They provide access to the spectrum, their customers, and the $1 trillion wireless services market. A lot of the ones that we’ve talked about publicly were signed as early as 2018, including Vodafone, and these agreements and understandings, they support technology, regulatory, and commercial topics.

This is important because not only are they potential future customers, but we are trying to mirror cellular architecture because we want to connect to the 5 billion mobile phones with no hardware software modifications. We need to take a lot of the functions of the cell tower and pull those back to our satellites as well as the mobile network operator core, to make service look and feel just like what a phone would see from a cell tower on the ground. In order to mirror the cellular architecture, we’ve been working with the experts in the cellular industry.

VIA SATELLITE: Do you have any updates on the status of your approval with the FCC for service in the U.S.?

Wisniewski: Satellite communication and telecom in general are regulated industries. We need market access in every country we plan to operate in. So far, we’ve announced six countries where we have full approvals. It’s good progress for the early days. A lot of other satellite LEO [Low-Earth Orbit] operators have been educating regulators for a while, which is great.

As for the FCC, the U.S. is a very important market for us and we have regular, constructive meetings with them and related constituencies. We have received many letters of support, including from members of Congress. Next up with the FCC is the test license in the U.S. There is a lot of important testing we’d like to do for BlueWalker 3 out of Texas and Hawaii, but we have a number of locations around the world and we will also be doing testing there. We will also need market access for full commercial service, which is typical, and we continue to make our case with them. We think it’s a compelling case.

VIA SATELLITE: Are you pursuing market access in other countries in addition to the six and the U.S.?

Wisniewski: Yes. Those are just countries that provided early approvals. Approvals typically come closer to commercial service, so that’s good early progress. We have discussions in many other markets.

VIA SATELLITE: AST SpaceMobile is targeting the BlueWalker 3 launch this summer. What are the milestones that you’ll be watching for in the weeks after the launch, both with the satellite and the testing campaign?

Wisniewski: The first steps with any satellite launch are the basic connectivity checks and health and wellness checks on the satellite. Those will be done in the first hours and days. We also have a camera on board to watch deployment as well. In the early days, we will be looking for the satellite to open up and do basic operations.

The purpose of our testing campaign is to communicate with our mobile network operators and our equipment on the ground and configure our software and other systems related to the network core. We’ll be doing that in the months that follow in a number of sites around the world. The BlueWalker 3 satellite will give us about five minutes of coverage in most areas around the world every day. We’ll be using that in the months that follow launch to do our ground testing and configure our software.

VIA SATELLITE: Is BlueWalker 3 intended solely for testing, or will you be starting commercial service with the satellite?

VIA SATELLITE: What level of bandwidth will the BlueWalker 3 satellite provide — messaging, phone calls, or full data?

Wisniewski: Our satellites are designed to do 2G, 3G, 4G, 5G protocols. They will be 3GPP compliant to operate with existing phones, although we have a lot of software and patents that expand beyond the basic 3GPP protocols. It will be compatible with what users of 2G, 3G, 4G, 5G phones are familiar with and that includes voice and data. With that design, we qualify under the requirements for the 5G Fund for Rural America that the FCC is setting up. With BlueWalker 3, we haven’t talked about speeds, [but] supporting what I just described on a test basis is within the scope.

The reason why all this is important is because we want this to be seamless to the user. We want the user to be able to extend their footprint with what they do on their regular phone in a way that is easy to adopt.

VIA SATELLITE: You mentioned the FCC’s initiative for 5G in rural America. Is that something AST SpaceMobile will target participating in?

Wisniewski: Yes. We participated in the rule-making process. The FCC is not on a timeline for that yet, but we did proceed in rulemaking and we qualified under it.

VIA SATELLITE: I have talked with a number of people in the industry and some people are skeptical about BlueWalker 3 — either that it won’t unfurl, or that it won’t successfully connect to phones. What would you say to skeptics who don’t think that this will work?

Wisniewski: The reason for a larger satellite is to communicate with a smartphone. A mobile phone today has lower signal strength and lower battery strength than a traditional satphone. By having a larger array, it allows us to push signal out to cover the distance and to deliver a signal above the noise threshold. The satellite itself is about 700 square feet, the size of a college dorm room. Our production size satellites are larger than most of the current Low-Earth Orbit constellation satellites, but there are many large satellites in orbit both in LEO and GEO [Geostationary Orbit] and many more under development.

‘Will it work,’ is a great question. Why has this not been done before? Our founder has said this repeatedly —  someone always needs to go first. We benefit from the re-energized effort around Low-Earth Orbit solutions and the shrinking of costs for launch. But there are a number of business hurdles. Working with mobile network operators hadn’t been done before for this type of solution, and there are a number of technical hurdles that hadn’t been done before, like managing signal delay. That’s part of what is protected by our patents and patent-pending claims.

VIA SATELLITE: Were there business hurdles to get MNOs on board?

Wisniewski: I don’t know that it was quite a hurdle with mobile network operators, but the approach had not been taken before. Using mobile network operators’ spectrum on a non-interference basis with a revenue share was an important approach to how we do things because we don’t have our own spectrum. In order to communicate with antennas that are in the 5 billion mobile phones that exist today, you need to leverage the spectrum, and we do that on a non-interference basis. That is core to our business approach, and a re-thinking of how to approach the cellular market from orbit. That also allowed us to simplify our business plan in a lot of ways because our mobile network operators help us with developments and we leverage their customers. These are big companies that are very strong, technically and in customer marketing, as well as very close to regulatory bodies in their respective countries. That is one of our key strengths.

VIA SATELLITE: What are the use cases that you think will be the most impactful for the end users on the ground?

Wisniewski: The investment in global wireless networks over the last 20-plus years has been incredible [but] we all can empathize with imperfect wireless networks. What we want to do is to extend that coverage so that when you have imperfect coverage, or you have no coverage — which many cell phone users experience on a daily basis — to be that alternative. It solves a large pain point in global networks. Cellular networks are obviously focused on the biggest population centers, where they get the best unit economics. But as population density decreases, terrestrial coverage goes to zero. Our use cases are perhaps most powerful in those areas that are rural, underserved, or in the developing world.

There are a lot of use cases and we plan to go to market with a number of products that we will develop with our mobile network operator customers. A simple version is the day pass, where you get a text when you are out of coverage and access AST data for a one-time charge. Another option is a monthly recurring charge.

VIA SATELLITE: There have been rumors that future iPhones may be equipped with hardware to connect with satellites. Is there any concern that the cellular industry could get ahead of AST SpaceMobile on this?

Wisniewski: We’re excited by all the news and excitement around satellite-to-cellular architectures. A lot of it is focused on backhaul. But there’s increased focus on direct-to-phone from a number of players. We think it underscores the viability of our technology solution. We’ve been at it for a long time so we feel comfortable in our position, but it’s a very large market and this is a very hard problem to solve.

We are protected by our time to market, how much we’ve invested, and our partners. But ultimately, this is a large market that needs a lot of services. I think customers and end users will welcome the service, I know I would. That’s why we’re focused on delivering real 4G, 5G service with real voice and data. There’s demand for a lot of different types of services, but the biggest demand by far will be for real, cell phone-like service — and that’s what we are focused on.