How Can Satellite Companies Prepare for Lawful Intercept?

Satellite companies building next-generation networks must be prepared to meet obligations for lawful intercept, says Subsentio Chief Executive Officer (CEO) Steve Bock. If network operators are unable to comply with a legal request for specific data from a law enforcement agency, there could be a hefty price to pay, he warned in an interview with Via Satellite.

Lawful intercept is not a new concept: wire taps, for example, have existed since the age of the telegraph, and telecommunications companies have been required to facilitate such surveillance since a Supreme Court decision that reaches back to 1928 (Olmstead v. U.S.). “The [U.S. Federal Bureau of Investigation] FBI used to use alligator clips on copper wires and other such devices to record conversations, but once the telephone industry began moving into digital switches, cellular phones and then the internet, it was impossible for them to keep up with the technology,” Bock said. “So, the Communications Assistance for Law Enforcement Act of 1994 (CALEA) was passed by the U.S. Congress as a way of getting assistance from the telephone companies to help law enforcement with that.” 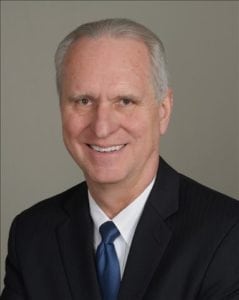 CALEA and other U.S. laws, including the Foreign Intelligence Surveillance Act of 1978 (FISA), compel service providers to support electronic surveillance within their networks. Previously, this was most relevant to telephone companies and/or Internet Service Providers (ISPs), such as Verizon. But as the role of satellite evolves in the broader telecommunications ecosystem, companies that didn’t have this responsibility before might have to be compliant now, too. “If your subscriber is connecting to the internet to transmit data and receive emails, or if your subscriber is making voice calls, then you have to be compliant,” Bock said.

If a service provider is unable to comply when a law enforcement agency comes knocking, it risks significant fines and other punishments depending on the region. Unfortunately, it can be tricky to play by the rules. Satellites by their very nature are border-agnostic — but the statutes that govern lawful intercept vary widely from country to country, Bock said.

“There are some areas of the world that will allow you to put one piece of gear on the ground and handle lawful intercept for that entire region. There are other countries like Australia where you have to have everything [in-country]; in other words, the personnel that receives the court orders, the equipment — everything has to be in Australia,” Bock said. “So, satellite companies are challenged in terms of [meeting] the law for each country it serves, and I would venture to say that most of them probably don’t know [the laws].”

Legal precedents often don’t account for evolutions in technology either, as exemplified by the messy Apple vs. FBI showdown last year. When the FBI attempted to force Apple to unlock an iPhone used by a terrorist, Apple CEO Tim Cook raised some legitimate privacy concerns. And who could say which side was right? There was no case law to use as a guide, and because the matter was never settled in court, the issue remains hazy.

There remain legal gaps when it comes to social media and cloud networks as well. As such, Bock said he is looking forward to the day the U.S. government implements a more modern version of CALEA. “I hope it would clarify how long and what types of information need to be stored because I can tell you companies are all over the board,” he said. “In their defense, it’s not fair to them if they don’t have some good guidelines.”

In the meantime, he highlighted three options for satellite companies and other telecommunications service providers who must ensure their networks are compliant. They can try to develop the appropriate equipment and software in-house — “but that’s really difficult,” Bock said; they can buy the gear from third-party manufacturers; or they can work alongside a legal compliance specialist better equipped to make sense of the maze of statutes and regulations.

“Make sure that you tackle the regulatory issues that come with lawful intercept early in the game,” Bock said. “Throwing up a satellite is big enough task in itself. Thinking ahead about how you’re going to handle [lawful intercept] could save yourself a lot of time, headaches and dollars if you start early.”