EchoStar’s Manner on Regulatory Hurdles Ahead of the 5G Rollout

EchoStar’s Senior Vice President of Regulatory Affairs Jennifer Manner is a 5G maverick, and has penned a number of articles for Via Satellite discussing the major policy issues surrounding the technology. Here, we explore what Manner sees as the biggest challenges for 5G ahead of the DC5G 2017 Summit, where she will speak on the “Security, Privacy, Bandwidth and Regulatory Barriers” panel on Oct. 11.

VIA SATELLITE: Could you illustrate a general picture of 5G right now? Where are we in terms of new policies and standards?

Manner: You have to think about [5G and 4G] differently. With 5G it’s foreseen as a network of networks, and this is particularly important for technologies other than traditional terrestrial wireless mobile. 5G is anywhere, anytime, and it’s going to be different types of data — from everything we do with our smartphones to Machine-to-Machine (M2M) to the Internet of Things (IoT). And we’re still fairly early in the design process.

The group who’s really taking the biggest lead on standards is a body called The 3rd Generation Partnership Project (3GPP). They’re talking about a 2019 timeframe at the earliest to develop these standards. Satellite is also active in 3GPP and we’re looking a little later [for completion of the 5G standard]: 2020.

Some folks are already out starting to test 5G without the standards being developed, so I think you’re going to start seeing it come together even before the standards are finalized. It’s not something that is one standard — it’s not like LTE. This is a whole different world — more of an ecosystem than a single technology.  And satellite will be a key part. 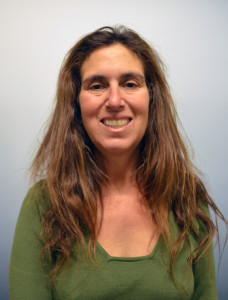 VIA SATELLITE: What are the biggest regulatory hurdles? What issues need to be prioritized?

Manner: For any of the wireless technologies, whether satellite or terrestrial, it’s access to spectrum that matters most from a regulatory perspective. We’re seeing tremendous demands from customers. With everyone wanting more and more access to data and bandwidth, there needs to be more spectrum made available. It’s important it is done in a way that enables competition among platforms; that’s probably the biggest issue, whether you’re talking domestically or internationally or terrestrial or space-based communications.

This becomes more challenging when taking into account the mindset of regulators. Traditionally, especially for terrestrial mobile wireless, regulators have given discreet exclusive spectrum to the wireless industry. That’s not going to be the case as they start to operate in higher frequency millimeter wave bands and there are different use cases by the wireless industry.

If you look at statements made by the operators — T-Mobile and others — they’ve made it very clear that they’re not going to use these bands for widespread service like they do for LTE. They’re going to be focused primarily in urban and suburban areas, largely indoor because these are small cells and because of the propagation characteristics. In addition, even when they’re outdoors, they really talk about the hotspots being used in areas like railroads, airports, [and] town square centers. That gives a lot of opportunities for spectrum sharing.

The technology is not quite there, for instance, to have two widely deployed services share the same bands. So there is a need in some places for exclusive spectrum for both satellite and terrestrial, but not completely. Regulators are going to have to carefully enable the use of the spectrum resource to reflect actual use cases and the needs of all platforms to ensure that the true vision of 5G as a network of networks is developed.

VIA SATELLITE: What is the best way to ensure spectrum policy is “fair”? What does fair even mean in this context?

Manner: The goal of 5G should be enabling competition among platforms but also use of different platforms for different purposes. Traditionally, regulators have said we need spectrum for wireless mobile but the truth is you have to look at how the platforms are going to be used. With a network of networks approach, you have to move past traditional rules of spectrum management.

A lot of millimeter wave bands are only going to be used in densely populated areas by the wireless industry and probably primarily indoors. That means you can create lots of sharing schemes that are fair; you have to be able to give operators flexibility.

It used to be when you thought about technology neutrality it meant you had to treat every technology the same. I think that’s a flawed look. What you have to do in creating a technology regulatory regime is enable all of the platforms to be able to compete effectively and meet consumer demands. This requires an honest evaluation.

VIA SATELLITE: How is EchoStar positioning itself to take advantage of 5G?

Manner: We will be very well positioned. We’re very active in 3GPP, at the International Telecommunication Union (ITU) and in the other international bodies setting the standards for spectrum. I’m very optimistic satellite and EchoStar/Hughes will be a very important part of 5G. Some of it is building on what we’re already doing — we’ve been providing IOT and M2M to customers for years. We already connect large networks and will continue to do so to enable multiple uses. So I think it’s bringing folks even higher speed and more advanced services — to the home, enterprises and the government. It’s a little early to know just how this is going to pan out, but I do think that higher speed services and greater capacity are going to be critical. Therefore, our new satellite, Jupiter 3 is going to be integral to meeting the demands for 5G.