Airborne Wireless Network (AWN) has successfully completed a series of flight tests with two Boeing 767-300 jetliners over New Mexico as proof of concept for the company’s proposed air-to-air broadband network. According to AWN’s Vice President of Technical Affairs Marius de Mos, now that the company has shown the system is technologically feasible, it will continue to develop its hardware and software to increase data transfer speeds to the terabit range.

AWN’s system, which is patented as the “Infinitus Information Super Highway,” has a meshed network architecture, with each aircraft functioning as individual nodes that receive and transmit wireless signals to other aircraft or ground stations. The network would provide broadband connectivity to anyone along the flight path — and AWN’s ultimate goal is to provide global coverage by equipping between 25,000 and 35,000 aircraft with its “mobile units.”  The aircraft would operate in clusters of 10 to 30, with two to three thousand clusters planned in total, de Mos said.

Rather than provide this connectivity to commercial end users, AWN intends to target Internet Service Providers (ISPs) and telecommunications companies, some of which have expressed concern about an encroaching “digital gridlock,” de Mos said.

As Columbia Law School professor Michael Heller observes in his book The Gridlock Economy, “prime spectrum [is] trapped in highly restricted, relatively low-value uses that can’t easily be redeployed.” Due to this spectrum squeeze, some telecom companies are looking at new technologies to augment or replace their existing terrestrial networks and expand their coverage zones.

“Basically our business model is to become a pipeline for the telco industry … Primary telephone companies would be a huge part of our business,” said de Mos, as well as “ISPs that want to send data from one place to another.” 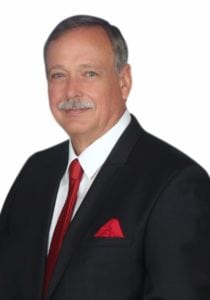 As Via Satellite previously reported, AWN also plans to supplement the signals generated by its network with ground-based fiber optics. “We need them for the last mile of connectivity. They need us because they’re running into the same gridlock issues as the major telcos,” de Mos commented.

AWN has already begun forming the partnerships it needs to turn its network into a reality. After striking a deal with Air Lease Corp, which markets to more than 80 airlines worldwide, de Mos said AWN has also been approached by other airlines interested in the income opportunity. According to de Mos, the biggest draw for airlines will be the revenue cut AWN will offer in return for installing its hardware. He did not, however, specify how large a percentage that cut will be.

This first flight test proved that a link between aircrafts could be maintained with Radio Frequency (RF). The next step, de Mos said, is exploring the potential of laser-based high-speed communications within the meshed network.

The company recently signed an agreement with ViaLight, which builds lasers that communicate with satellites and stratospheric balloons, to develop the laser links. ViaLight described the technology in a recent press release as “optical fiber for the skies.”

While others have been able to successfully establish laser links from a fixed location to a mobile asset, de Mos pointed out that connecting two or more mobile assets is a considerably more difficult challenge. With ViaLight’s support, AWN will pursue a hybrid radio-laser-based system to maintain a seamless connection if dust or clouds obscure the laser links. The two companies aim to begin testing of the laser technology before the end of this year.

“On the ground, a meshed network is pretty easy,” said de Mos. “In the sky, it’s very different. You have to compensate for speed and all kinds of different [factors].”

With its first demonstration completed, AWN is now looking to conduct its first test of a full cluster in Q3/Q4 2018, with 20 jetliners equipped with production hardware and software, as well as AWN’s self-developed pre-production antennae.

AWN expects a global rollout of its network by the first half of 2019. Given today’s volume of global air traffic, de Mos said he is confident the company will achieve the critical mass necessary to provide global coverage. “Right now there are 25,000 aircraft available, and at least 18,000 are airborne at any time.”