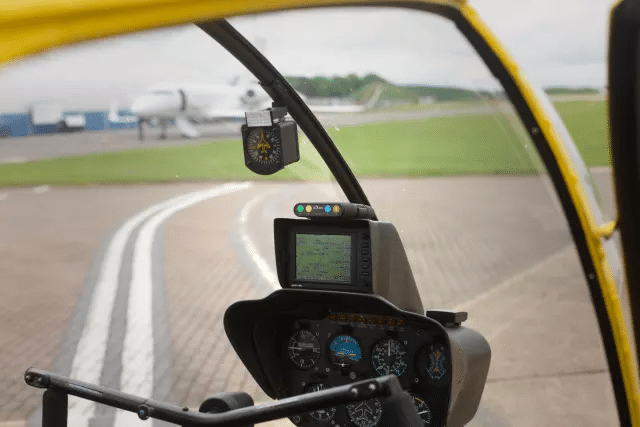 Launched in June for general aviation customers, Rock Seven has now made its RockAIR tracking system available for land-based applications. According to the company, the move is a result of high demand for dual mode communication received from land vehicle fleet owners and operators in government, charity and commercial organizations.

With RockAIR, Rock Seven initially delivered a carry-on, cockpit-mounted tracking system for helicopters and light aircraft that not only provided precise location reporting globally, but also introduced new Internet of Things (IoT) functionality that allowed pilots to send and receive messages and data over the internet. According to Rock Seven, this feature set can also support safety and operational efficiency for users on land, especially for vehicles operated by aid agencies and the military that may be traveling in potentially risky environments.

At its core, RockAIR provides regular GPS location reports from anywhere in the world over the Iridium satellite network or Global System for Mobile Communication (GSM) networks at user-defined intervals, ensuring fleet managers know the whereabouts of their assets and people at all times. According to Rock Seven, the dual satellite/mobile functionality provides lower-cost GSM-based tracking when in cellular range, and reliable failover to an Iridium satellite when outside of built-up areas. GPS coordinates are automatically transmitted using whichever network is available and most cost effective.

Building on its dual mode functionality, RockAIR will offer new features designed to improve safety for vehicles operating in unfamiliar or dangerous locales. It can automatically transmit a GPS position as often as every 15 seconds, or as infrequently as once every 24 hours, configured by the user. It allows tracking profiles to enable faster rates if the integrated alert button has been pressed, if external power is applied (e.g. vehicle ignition), or if cellular data is being used rather than satellite. RockAIR also features a “Watch Me” mode, accessible via the keypad, which informs the provider that more active monitoring is required for a period of time, enabling personnel in vehicles to react to situations that may escalate quickly e.g., during civil unrest or active combat.