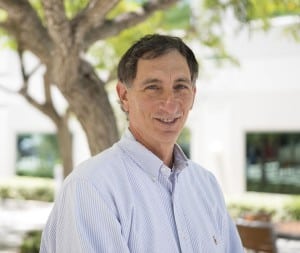 [Via Satellite 12-14-2015] ViaSat is ramping up its coverage with a plan for global High Throughput Satellite (HTS) connectivity with a fleet of three new satellites. Mark Dankberg, CEO of ViaSat, described the triple satellite system during the company’s most recent earnings call. In an interview with Via Satellite, he laid out more details for the upcoming system.

ViaSat is eager to get started on the new satellites, collectively known as ViaSat 3, in the very near future. The vision behind the new spacecraft is to build on the knowledge acquired through ViaSat 1 and the upcoming ViaSat 2 for even higher throughput on a worldwide level.

“We feel like we have made enough progress both in terms of payloads and the spacecraft integration … and then apply a lot of the ground segment technology that we have been developing toward the ViaSat 2 space system to achieve that global effect with dramatically improved bandwidth economics as well,” Dankberg said. “We are really confident that we have a system that we are going to be able to get under contract and get started soon.”

Dankberg expects the future satellites to provide a massive boost in throughput compared to what the company is already offering today. ViaSat 1, launched in late 2011, supports 140 Gbps of capacity, and ViaSat 2, once launched, will offer between 250 and 300 Gbps as well as seven times the coverage. Dankberg said this upward trend would continue.

The first market ViaSat 3 will address is the Americas, building on the presence of ViaSat 1 and 2 while plunging significantly further into areas like Latin America. The second ViaSat 3 satellite is to focus on Europe, the Middle East and Africa (EMEA), and the third on the Asia Pacific. ViaSat intends to begin launching these satellites by the end of the decade.

“We are aiming for a 2019 launch for the first one. If things go fast, the second could be six months later, so late 2019 or early 2020. The third could be six months after that. If we build on a less accelerated schedule it could be 2019, 2020, and 2021, but that brackets our expectations for the construction,” said Dankberg.

ViaSat plans to build its ground segment infrastructure closer to the launch of ViaSat 3. Dankberg said most will be virtual, using small antennas and utility cabinets with everything else in the cloud.

Regarding each market, Dankberg stressed that the ViaSat 3 satellites will feature significant flexibility in bandwidth allocation so that the operator can adapt to areas where demand is unexpectedly higher — or lower — than first anticipated. The Americas satellite is expected to have a large focus on consumer broadband, followed by commercial aeronautics, including the general aviation market. Dankberg said the company is also growing its government business and branching more into verticals such as enterprise services and energy. In Latin America, he expects Brazil will be a very significant market.

Dankberg expects ViaSat 3’s EMEA satellite to see residential broadband uptake in Western European markets similar to that of the United States. He said this satellite will likely see business divvied up similar to the Americas satellite, but skewed toward more government and aeronautical applications. Through a partnership with Eutelsat, ViaSat already has a foothold in this market.

The Asia Pacific market differs in challenges compared to the other markets ViaSat 3 will pursue. Potential limitations in market access, and regulatory barriers in large contiguous areas like India, Russia and China could make penetrating these markets difficult. Dankberg said the company expects to have a solid mobility business, particularly in aviation, and government demand stemming from the U.S. government’s pivot to Asia, but will rely on ViaSat 3’s ability to redirect capacity as needed to stay nimble.

Dankberg said ViaSat actively considered a Low Earth Orbit (LEO) constellation of small satellites when designing ViaSat 3, but ultimately decided on the other extreme: having the fewest number of spacecraft necessary to complete a global footprint.

“The big issue with LEOs is that, in order to have coverage in any one place, if you want to have contiguous coverage, you have to have satellites essentially uniformly distributed in orbit space. And orbit space isn’t exactly the same as Earth coverage space; because of the way that the orbits are done, satellites tend to congregate at the poles. Because the world is 70 percent water, when you build a LEO system, 70 percent of your coverage is over water, and there is no way that 70 percent of the demand is over water,” he said. “[But] we were very interested in non-geostationary systems.”

Dankberg acknowledged that with the three-satellite ViaSat 3 system, the company will likely have a new presence in the maritime sector given the amount of coverage it will have over water, but said the company will allocate bandwidth to these regions as needed.

“What we have is a satellite technology platform that gives us flexibility to put the bandwidth where the demand is. So if we are successful in the maritime market, then yes, we will provide a lot of coverage over the oceans. If we continue to be successful in the aviation market, I know we will have bandwidth demand over the oceans. But if that turns out to be a small amount of the total demand, then most of the supply will go over land,” he said.

ViaSat 3 will have thousands of beams using frequency reuse to offer extreme amounts of capacity. Dankberg said the company is still looking at ways to leverage the benefits of small satellite manufacturing with its larger spacecraft, namely by scaling up payload production and eliminating the waveguide and cabling that adds unwanted mass.

“It’s kind of like the story people say for LEOs where you mass produce satellites. What we are doing is mass producing the payload and instead of taking that payload and distributing it on hundreds of satellites, we are aggregating it and we are putting it on three, but it’s the same little modules built over and over again,” he said.

This also eliminated duplicate “housekeeping” features such as propulsion, navigation and stabilization, he said.