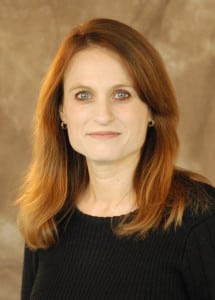 [Via Satellite 11-25-2015] ViaSat has taken its next evolutionary step in the residential broadband market in North America by upgrading its residential broadband service, Exede. The service now potentially provides download speeds of up to 25 Mbps, but crucially allows many more customers more flexibility in terms of their data caps. The company has also unveiled a new Exede Wi-Fi Modem, which includes a built-in wireless router, multiple Ethernet ports and an integrated Exede Voice adapter for optional home phone service. Lisa Scalpone, vice president of ViaSat’s broadband services group, told Via Satellite that the real key behind the latest announcement wasn’t the speed enhancement, or even the fact of bringing a new efficient modem to the table, but more the “Liberty” price plan.

“What ‘Liberty’ does is that it takes away the hard cap of satellite Internet plans, where your service is restricted after you meet a hard cap. We have replaced it with a soft cap. So, if you are on the Liberty plan, and you hit your daily limit, with a soft cap, if the network is not congested, you can still have a really good service. We don’t slow things down or restrict the user or the speeds. Instead, the customer is able to use any available bandwidth on the network. During the day, you can hit really good speeds; when the network is busy in the evenings, the speeds will likely be slower, but you are still not restricted like you are with a hard cap. So, we have created several different changes,” she said.

The U.S. broadband market is still relatively untapped for a player like ViaSat. In its most recent results, the company announced that it had just under 690,000 residential broadband subscribers in the United States, but that this is a mere fraction of the market. Scalpone estimates that, in terms of the addressable market, while being an “an imprecise evaluation in many ways,” she estimates the lower end of the un-served and under-served market is around 10 to 15 million households. She says players such as ViaSat have barely “scratched the surface” of the market.

The company is hoping the new enhanced service will strike a chord with customers in North America.

“This service will be of interest in markets where today you were only able to get a 10 Mbps service. So, anyone who has that is a potential customer for us. The heaviest streamers and gamers are not a good fit for us. But, lighter video users are a good fit. This is our potential market,” says Scalpone. “Right now, our satellite is nearing capacity in a lot of areas. So, the growth plan would be not to increase subscriber accounts, but make our subscribers happier. We want to improve the customer experience. About a third of the beams are not at capacity, and that is where we are offering the 25 Mbps service.”

ViaSat is certainly leading the way in bringing satellite technologies into new residential markets. Scalpone believes that satellite Internet could go mainstream. She says by taking data caps out of the equation, and coupling that with increased speeds, the market will expand for ViaSat.

“We are pushing speeds and data cap limits, and making that understandable to the potential customer so they can choose. Plus, it is important for us to offer the service at a reasonable price,” she adds.

The company’s plans in this area will also be bolstered when the ViaSat 2 satellite finally launches next year. It is the latest of ViaSat’s high powered satellites and it will bring a large amount of new capacity to serve this market. The company anticipates ViaSat 2 to approximately double the bandwidth economics of ViaSat 1 while simultaneously increasing its coverage footprint by seven-fold.

“With ViaSat 2, we anticipate the speeds to be at least 25 Mbps and likely higher. We will be looking at customer satisfaction with these speeds to see whether we need to go higher. This [latest announcement] is an interim step, a sneak peak of what is to come,” adds Scalpone.

In terms of the international play for residential broadband, Scalpone says ViaSat has some small coverage in Northern Mexico on its satellites, where it has started some trials. Scalpone admits ViaSat is also looking at worldwide opportunities.

“Our ultimate goal, as explained by Mark Dankberg [ViaSat’s CEO] recently, is to be launching a new class of satellites (ViaSat 3), which will provide worldwide coverage. By definition, that means we will be going into more international markets,” adds Scalpone.

While ViaSat has made tremendous progress in markets such as aviation in recent times, residential broadband will remain a key target market for the company going forward. Scalpone believes the consumer market will be “huge” for ViaSat, both domestically and internationally.

“If I were to look ahead, I would say the consumer residential business will remain strong for us. If you look around the globe, and some of the statistics of households who don’t have access to a high quality service, the numbers are extraordinary; we know the demand is there. It is clear that there is a ton of pent-up demand worldwide, and it is just a question of bringing the capacity online,” she added.