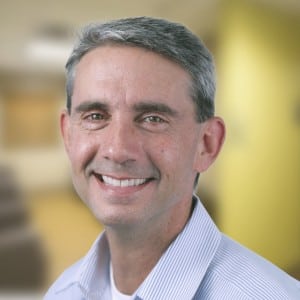 [Via Satellite 01-27-2014] Thuraya’s inclusion of the Samsung Galaxy S3 and Galaxy S4 Android phones now makes the SatSleeve compatible with the majority of today’s top selling smartphones. The SatSleeve’s ability to convert a regular mobile device into a satellite phone has been very well received by the market. Previously only connectable with Apple’s iPhone, this new offering enables Thuraya to sell to a much larger market.

“To date, we have sold out our initial stock of the first edition of the SatSleeve for the iPhone within the first days of its release,” said Randy Roberts, vice president of innovation at Thuraya. “The successful launch of the SatSleeve over 2013, coupled with positive product reviews globally and customer demand were strong and we have exceeded our sales targets for the year. As result, we have upped the production for 2014 due to increased sales forecasts.”

In October 2013 Counterpoint highlighted the iPhone as the bestselling phone globally. Apple reported 33.8 million iPhones sold during fourth quarter 2013, a record growth rate of 26 percent. Samsung’s Galaxy phones, however, have gained significant traction in the smartphone market. As of Jan. 13, 2014, the company’s flagship smartphone line, the Galaxy S3, along with earlier models the S2 and S1, exceeded 100 million unit sales. Of this, 40 million units were Galaxy S3s.

“According to a recent report by Gartner, total sales of Android-based devices are on pace to reach 1.1 billion by end-2014,” said Roberts. “We have traditionally had a strong customer base in the Middle East, however we are now seeing demand from customers based around the world traveling across our satellite footprint including Europe, Africa and the Asia Pacific region.”

Gartner also points out that by 2017, 75 percent of Android sales are expected to come from emerging markets. Some of these regions currently lack a strong mobile user presence, which, though being reason for such expansive predicted growth, does present a challenge to companies like Thuraya.

“The success of the SatSleeve is dependent on the penetration of smartphones, so markets with relatively low smartphone penetration are lagging [behind] more developed markets,” said Roberts. “We see this as an opportunity and are forming partnerships with leading mobile operators such as Smart Communications in the Philippines and SoftBank Mobile in Japan, among others, to drive new channels of revenue. We are also exploring retail partnerships across the United Arab Emirates through Virgin Megastore, Dubai Duty Free and Qatar Duty Free to make the SatSleeve available to more corporate travelers and consumers. We will be making more announcements about new distribution channels in new markets later in the year.”

Thuraya has been pursuing an aggressive schedule to keep pace with mobile trends. According to Roberts, the SatSleeve for Android has been in development for more than a year. While he doesn’t expect the SatSleeve to replace standard satellite phones entirely, the increase in forms of mobile satellite service (MSS) solutions definitely make the market more competitive.

“The SatSleeve is an evolution of the traditional satellite phone,” said Roberts. “With it, we are blurring the lines between MSS and the terrestrial sector to make satellite combinations more accessible for everyone. Providing the SatSleeve to consumers allows them to continue to use the smartphone and applications they use everyday as they travel outside of terrestrial coverage and into Thuraya’s network.”

Apple and Samsung products dominate Counterpoint’s top 10 smartphone list as of October 2013. Nokia does appear twice on the list, and Microsoft’s Windows 8 phone, though not a top 10, remains as a notable player. While no new devices have been discussed for SatSleeve pairing, Thuraya is certainly keeping an eye on ways to expand.

“Thuraya is open to developing the SatSleeve for other smartphone models,” said Roberts. “We have chosen to work with the iPhone and the Samsung Galaxy because of their immense popularity and appeal. Other plans would be announced as we progress.”