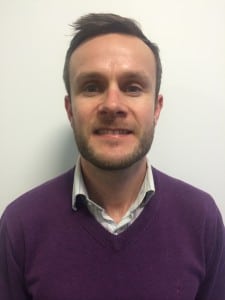 [Via Satellite 01-23-2014] Globalstar is continuing its push to obtain a major stake in consumer satellite communications with the announcement of its first pre-paid satellite phone, the GSP 1700, with which customers can make satellite calls without a contract. The company expects to attract clients who previously would not commit to handheld satellite devices because of expensive contract plans.

“With pre-paid pricing, we are in a very enviable position to target consumer markets through our worldwide business-to-consumer (B2C) distribution network,” Gavan Murphy, director of marketing at Globalstar, told Via Satellite. “Realistically our competitors are not in a position to compete there. Being the lowest priced and best quality service provider in the market is critical so we attract a large portion of the MSS user base that otherwise potentially would have gone to our competitors such as Inmarsat, Iridium or Thuraya.”

The pre-paid service is initially launching in the Europe, Middle East and North Africa (EMENA ) region, where the GSP 1700 will be Globalstar’s flagship device. The same service will be launched in North America and Latin America during first quarter 2014, where it will also be accessible through the Spot global phone.

“We are making our offering competitive by continually measuring our cost of sales, expanding our distribution network and positioning ourselves in the market for entry-level satcoms,” explained Murphy. “For example, customers might be a fisherman, maybe an oil and gas worker, or maybe a lone worker in the field that requires redundant satellite communications in the event of the GSM network and/or terrestrial network being unavailable. It is our intention to have a ‘global home zone,’ so there will be no roaming between each of our territories.”

Once the Spot global phone is included, the company expects to establish a larger presence in the B2C market. Both phones, however, are leveraging price as the key benefit over their competition. In a press release Globalstar claimed that Inmarsat’s service is 10 to 38 percent more expensive than the GSP 1700, depending on the value of the pre-pay card, which can bring 50, 100, 250, 500 or 1,000 minutes.

“The SatSleeve is still quite a pricey device,” said Murphy. “We are selling the GSP 1700 at $550 in North America, and the SatSleeve we believe they are charging anywhere up to $700, depending on the model. Though quite a different device, nonetheless it’s that bit more expensive.”

Murphy expects this price difference to separate the customers each company is pursuing, however the lower cost may draw more customers — especially seasonal users — to the pre-paid option. Users who purchase pre-paid cards do not need to have a phone of their own to use them. Minutes can be shared on different handsets by using different pre-paid cards. This opens up the service to a larger audience, which could create a regular steady source of revenue for Globalstar.

“We typically see peaks during certain seasons, for example the fishing season and the oil and gas season in Canada,” said Murphy. “Now, what we’re hoping to see is flat level constant usage across the calendar year, because of the accessibility and affordability across all types of users.”