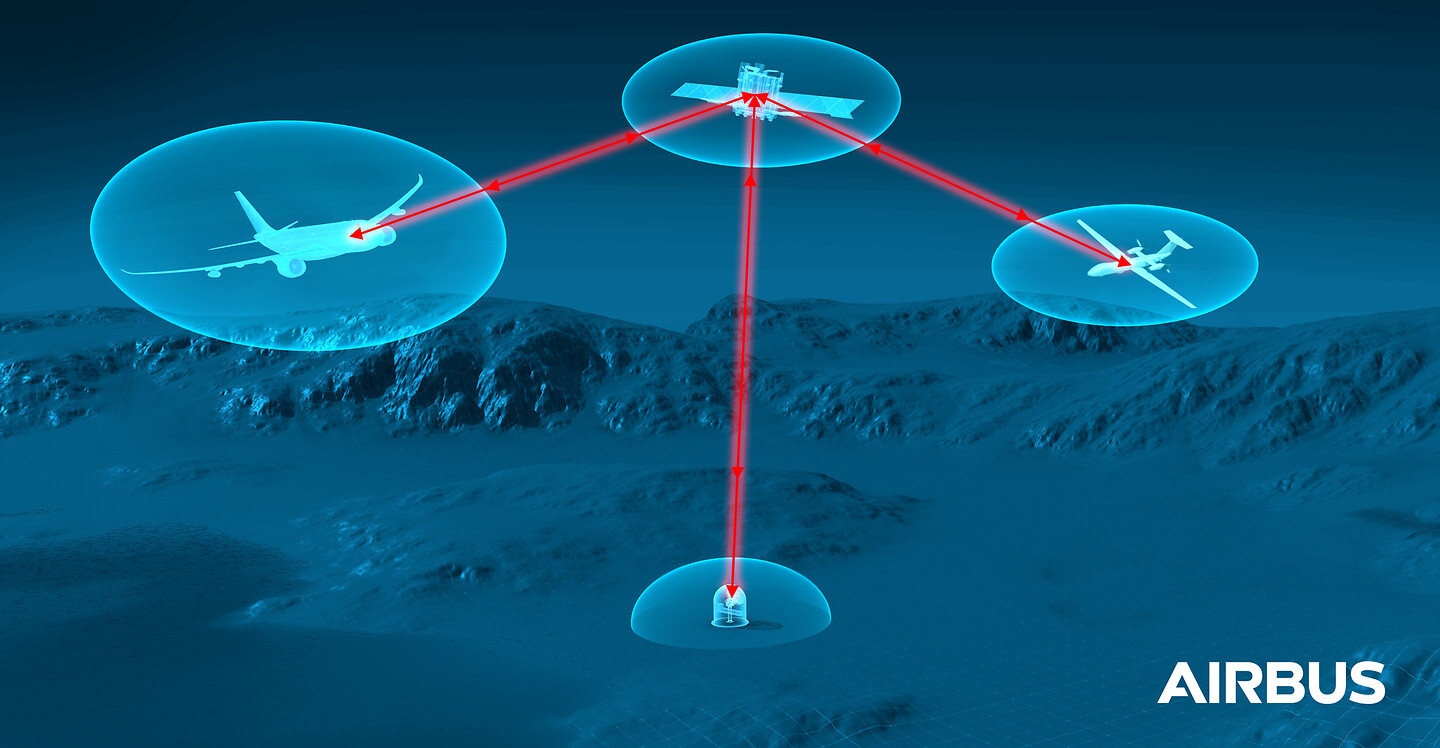 Rendering of the UltraAir laser terminal in use. Photo: Airbus/VDL Group

Airbus and VDL Group are partnering to develop and manufacture a laser communication terminal for aircraft, to exchange data between aircraft, satellites, and ground terminals. The companies announced the UltraAir terminal on Tuesday, and expect to demonstrate a prototype with a first flight test in 2024.

The technology is based on development led by Airbus and the Netherlands Organisation for Applied Scientific Research (TNO). They said the laser terminal will pave the way for data transmission rates that could reach several gigabits-per-second while providing anti-jamming and low probability of interception.

VDL Group is a Dutch high-tech industrial supplier and will industrialize the prototype and manufacture critical systems.

Airbus said UltraAir will allow military aircraft and unmanned aerial vehicles (UAVs) to connect within a multi-domain combat cloud with laser-based satellite constellations such as Airbus’ SpaceDataHighway. Airbus is undertaking a strategy to push laser communications forward.  They said the technology will be used for multi-domain combat for government and defense customers, but could also be used on commercial aircraft for high-speed data connections.

The project is co-financed by Airbus and VDL Group, and also supported by the European Space Agency (ESA) ScyLight program and by the NxtGen Hightech program of the Dutch Growth Fund.