Satellite Executive of the Year 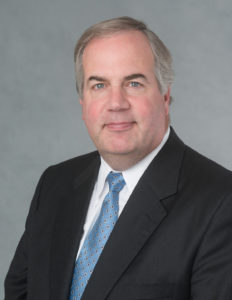 The successful replacement of Iridium’s Block 1 satellites and the full launch of its NEXT constellation was an astounding feat of technical, financial, and operational management — with everything falling into place under the leadership of CEO Matthew Desch. When Desch joined Iridium as its CEO in 2006, the Virginia-based operator was in poor financial shape. So much so, that its competitors were expected to buy out the company in order to dissolve it and

salvage assets. Desch’s laser-focus on product and market development created an alternative path forward whereby a new constellation could be financed based on the company’s revenue and profit growth.

Iridium not only made history this past year with Iridium NEXT, the operator also received recognition in May 2018 as only the second-ever satellite provider for the Global Maritime Distress and Safety System (GMDSS). This is a significant achievement that ended a decades-long monopoly, where only one company was authorized to provide the service and brings GMDSS coverage to 100 percent of the planet, including dangerous waters like the Northern Sea Route and other polar shipping lanes. Now with Iridium as a recognized GMDSS network, mariners will have a choice when it comes to their safety communications products and services.

As a business, Desch led Iridium to exceed expectations in 2018. Iridium’s 2018 fourth quarter was its 11th consecutive fiscal period of double-digit subscriber growth and its seventh consecutive revenue- and EBITDA forecast-beating performance —  beating market estimates by 3.3 percent and 2.8 percent, respectively. The operator surpassed one million network subscribers in 2018, and its stock price reached a record increase of 92-percent compared to its performance just two years earlier, as risk associated with launching the new constellation consistently decreased. This has set the company up for a new financial era, including a CapEx holiday, opening the door for potential new investments and innovations.

Desch won Via Satellite’s Executive of the Year Award in 2012 for his innovative approach to worldwide mobile connectivity, his leadership during a six-year financial turnaround, and his vision for Iridium NEXT. Via Satellite now nominates Matthew Desch for the 2018 award for realizing those visions and making history in the process.