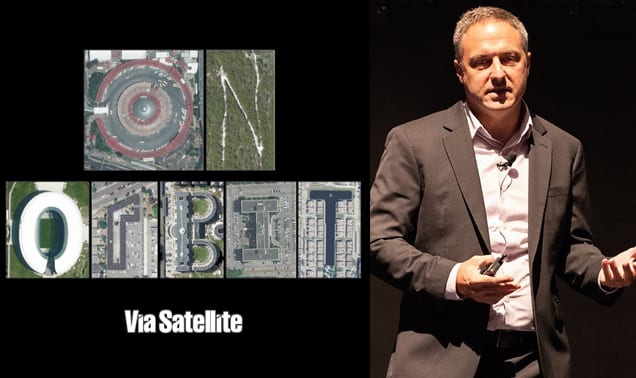 Microsoft Azure wants to craft its own space business vertical. But instead of building their own satellites, they’ve opted to build the business through partnerships. William Chappell, CTO of Microsoft Azure Global, is the innovation leader behind the software giant’s efforts to provide satellite operators with a powerful, automated, and secure cloud layer to their networks.

Microsoft recently announced a major partnership with SES and its O3b constellation, and is looking to expand to different layers of the satellite supply chain. William joins On Orbit host and Via Satellite Executive Editor Jeffrey Hill for a conversation about how secure cloud systems allow satellite operators to support many new and exciting applications at the edge – applications that define business evolution in the age of IoT.

*NOTE – Please excuse the unusual audio quality of the interview with William. We didn’t have our usual tech set-up for this interview, so we had to record from a smartphone. You can still easily understand what’s being said, and it’s a very good conversation that we hope you enjoy!

Following this interview, we play an excerpt from one of Jeff’s favorite keynote speeches of the year, delivered by David Holmes, Chief Technology Officer of Dell Technologies‘ Global Energy Program. In the presentation, David explains how digital innovation has enabled global businesses to re-orient to a new economic reality. At the same time, he warns that this reality will very quickly be redefined by challenges faced by Millennials and Generation Z and that we must prepare for this future by putting young leaders in the driver’s seat sooner, rather than later.