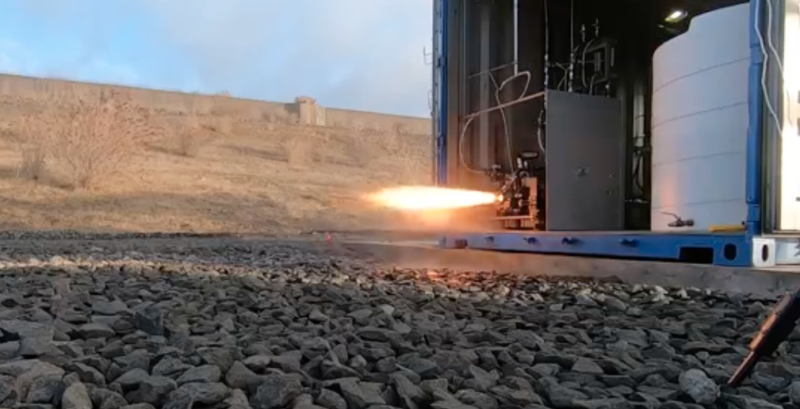 All industrial revolutions have had their economic successes and the space industry is no exception. At the same time, they have impacted the environment leading to the defining issue of our time — climate change.

Contrary to what is often believed, the real danger of rocket engine exhaust is particles, not gases that can affect Earth’s climate and ozone layer. Rocket engines deliver black carbon and aluminium oxide directly into the middle and upper atmosphere. Aluminium oxide reflects visible light from the sun back into space, cooling the Earth. Those same particles can trap heat the way a greenhouse gas does by absorbing infrared light radiating from the surface. Black carbon can equally contribute to warming or cooling the planet.

In 2018, rocket engines emitted 10,000 tons of black carbon and aluminium particles into the stratosphere, about the same annual amount caused by global aviation (9,500 tons). According to the United Nations 2018 Quadrennial Global Ozone Assessment, the effect of rocket launches on total stratospheric ozone counts for as little as 0.1% of all emissions. But this emission level will increase proportionally as the annual of cadence of rocket launches increases, with greater consequences for the environment.

Unfortunately, there are no regulations on rocket emissions. And while rocket manufacturers have started to avoid toxic and high-emission propellants and improve engine designs where possible, we need to keep pushing for cleaner and safer propellants and better propulsion systems.

For example, Europe’s biggest launch company, Ariane Group, is working on a rocket that aims to be carbon neutral by running on methane produced from biomass. The heavy launcher project targets lift off in 2030. However, that is ten years into the future, and what effects the exhaust from methane-fuelled rocket engines have is not clear.

Nevertheless, SpaceX and Blue Origin are both developing engines which are also powered by methane. The reason is the advantage of a methane/Liquid Oxygen (LOX) combination offering around a 5% performance increase over kerosene/LOX when burned at the same pressure.

German rocket startup ISAR Aerospace aims to decrease black carbon pollution by using a liquid fuel mix based on a light hydrocarbon and LOX for its rocket; similar to Firefly Aerospace’s Alpha but without the use of kerosene. A first launch is planned for 2021.

One of the more futuristic concepts under development is a hypersonic precooled hybrid air-breathing rocket engine by Reaction Engines. Their Synergetic Air Breathing Rocket Engine (SABRE) is designed to achieve single-stage-to-orbit capability, without the need for multiple propellant stages.

At Skyrora this year, we successfully tested a kerosene made from non-recyclable waste plastic. The early date from tests on our 3.5 kN Low-Earth Orbit (LEO) engine indicated that the mix of Ecosene and hydrogen peroxide reduces greenhouse emissions by up to 45% compared to LOX/kerosene. It also constitutes an environmentally friendly alternative to the common and toxic hypergolic propellant combination of dinitrogen tetroxide plus hydrazine for upper stages.

When I founded Skyrora, I wanted to add environmental responsibility into its design process right from the start. I strongly believe that we all have a duty to care for our environment that we live in and satellites are playing a crucial role for Earth Observation (EO) and keeping an eye on climate change. To help manage the climate, we need to measure Earth’s temperature, greenhouse gas emissions, sea levels, and dwindling ice and forest cover. Getting those satellites to orbit has become an important factor in this environmental challenge.

Ecosene isn’t the only example of an unusual or new fuels. Last year, two studies proposed alternative fuels as well. A paper published in the journal Joule, detailed a method for creating jet fuel from cellulose to reduce CO2 emission. The study claims that the resultant formula has a density 10% higher than regular fuel used for long-haul flights or space rockets. The author of the study, Ning Li, research scientist at the Dalian Institute of Chemical Physics, estimates that the fuel could be industrialized in the next three to five years.

And scientists at McGill University in Montreal have made rocket fuel that they claim is just as effective but cleaner and safer than the hypergolic fuels commonly used today. Their new fuel uses simple chemical “triggers” to unlock the energy of a class of porous solids known as Metal-Organic Frameworks (MOFs) – a cluster of metal ions and an organic molecule.

None of these designs and efforts are in operation though, and they are not enough. We need more stringent and global regulation on spaceport noise, emission reduction, environmental impact, alternative fuels, collision avoidance and space debris to prevent significant damage to Earth’s stratospheric ozone layer, orbital space, and to motivate the market to never be complacent.

One possible route towards global regulations could be the formation of a global advisory panel similar in nature and setup to the International Civil Aviation Organization’s (ICAO) Committee on Aviation Environmental Protection (CAEP). CAEP is a technical committee that consists of 29 member states with more than 600 experts plus another 20 observers and assists in formulating new policies and adopting new standards and practices related to aviation environmental impact. A simpler and faster way would be to just widen the remit of the CAEP working groups such as WG3, which is responsible for emissions, and the fuels task group which focuses on sustainable aviation fuels. CAEP already has experts from the U.S. FAA, NASA, JAXA and the German Aerospace Center (DLR).

The challenge will be in achieving a balanced compromise as close to carbon neutral status without putting too many constrictions on the necessary space industry, which paradoxically helps to better observe, research, and understand the climate system. 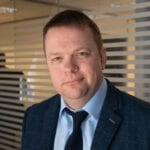 Volodymyr Levykin  is the founder and CEO of Skyrora Ltd., a European private launch vehicle company headquartered in Edinburgh, Scotland. He also founded Skyrora Ventures to invest in assets that complement the existing strategy to create a vertically integrated space service: launch, satellites, hardware manufacture, and data capture capabilities. Levykin is also the director of Ecosene, which has developed an aerospace fuel produced from non-recyclable waste plastic