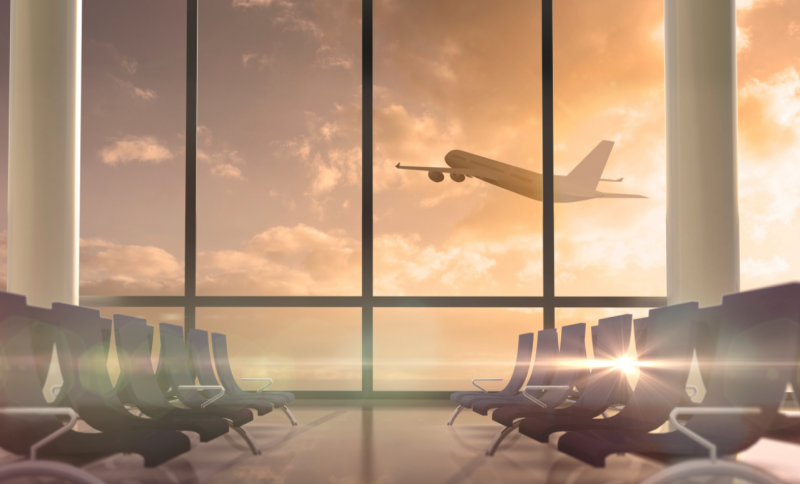 PARIS — Mobility, and in particular aviation, remains a key barometer for the satellite industry, as it looks to diversify its revenue streams away from video/broadcast. In Flight Connectivity (IFC) remains a key target market for many big players. The market was shaken up this year when Starlink announced a deal with Hawaiian Airlines.

Against this backdrop, at World Satellite Business Week (WSBW), executives from El Al Airlines in Israel, Corsair, Anuvu, and Gogo Business Aviation examine the current state of IFC and what is next for a market that has had a turbulent couple of years.

Tal Kalderon, head of In-Flight Entertainment & Connectivity, El Al gave an interesting perspective from an airline point of view. He that El Al has seen so a significant an upswing in terms of people looking to fly and that the demand for connectivity is high as well. Customers continue to expect the same level of connectivity service they get on the ground.

However, given the investment involved, going to a completely free model for an airline could be difficult to justify. He said, “I hope in the future it will be free, but I don’t know yet, but that is the plan. In short haul flights, people don’t use things like Netflix and Spotify. We give connectivity free to business class passengers. The demand for connectivity in flights to Europe is quite low. However, having said that, passengers would still like to have the option, so we still offer it as a possibility on short haul flights.”

The ultimate vision for El Al is to not have separate IFC and IFEC [in-flight entertainment and connectivity] systems, and have one IFC system that powers everything. Kalderon added, “The dream of El Al is to have only one system. Today, we have IFC and IFEC. In the future, passengers will get all the content and services through an IFC system. Ultimately, we won’t need to provide movies on a server. Most airlines are going for free, even if just for business class. Most providers are working on ways to get streamed content to the aircraft.”

Kalderon admits it is important that an airline has access to the best technology when it comes to IFC, even if replacing equipment means it is tricky to make decisions. “We must always make sure we are getting the best technology. So, previously it was Ka-band. Technology is progressing fast. We know it is a huge investment. We don’t see a choice. The demand is growing all the time,” he said. “We don’t know yet what future iterations of technology will look like. I don’t believe in the next few years, we will change the antennas or the hardware on board, as an example. But, if we find out, the technology isn’t providing what we want, we have SLAs with our providers. We need to ensure we have the best technologies.”

Enea Fracassi, COO of Corsair, a French charter airline, said like El Al that the airline had had a good summer, but one noticeable change was people are taking much shorter term outlook when booking flights.

When talking about the importance of connectivity, he said, “People are really careful about the price [when booking flights]. Price is still the priority. I don’t think connectivity is a driver when people are booking flights. The take-up rate [of IFC] is still quite low. Having said that, a Wi-Fi connection is becoming an essential. It is becoming part of the landscape. Most people want it as part of the package.”

Like El Al, making it successful from a business point of view remains a challenge. Fracassi said, “. I haven’t met any airline that has made a success of it (IFC) in terms of P&L. We need to keep systems very simple. We are dealing with a number of providers and this isn’t easy.”

Anuvu has plans to launch its own constellation of satellites to offer a more well-rounded service to airlines. Josh Marks, CEO, Anuvu said the industry was at a “transformational point”. He spoke about the ‘free’ model and how ultimately it could be seen to pay off for airlines. He said: “A number of clients have gone ‘free’ on Wifi, and that drives 30 percent take-up rates. If you have a platform, and you can get that number up to 80 percent of the flight accessing connectivity, there is a chance to market it, and offer personalized services to customers. What are hearing from airlines is how can we make this profitable as an investment?”

In terms of its own approach, Marks says Anuvu believes in an ecosystem model, and that this will provide the best value for airlines.

“Our view of the world is a hybrid approach is the right one. So, one you can have multiple technologies. What we are looking at now is an ecosystem model. We are launching our own constellation. The rapid development of LEO is key to this ecosystem,” he said. “GEO satellites have a key role also. They definitely help in terms of capacity scalability. From a customers’ perspective, the system has to work 100 percent of the time. We have to re-orientate how we think about satellite coverage around the world. The constellation is there to provide additional coverage.”