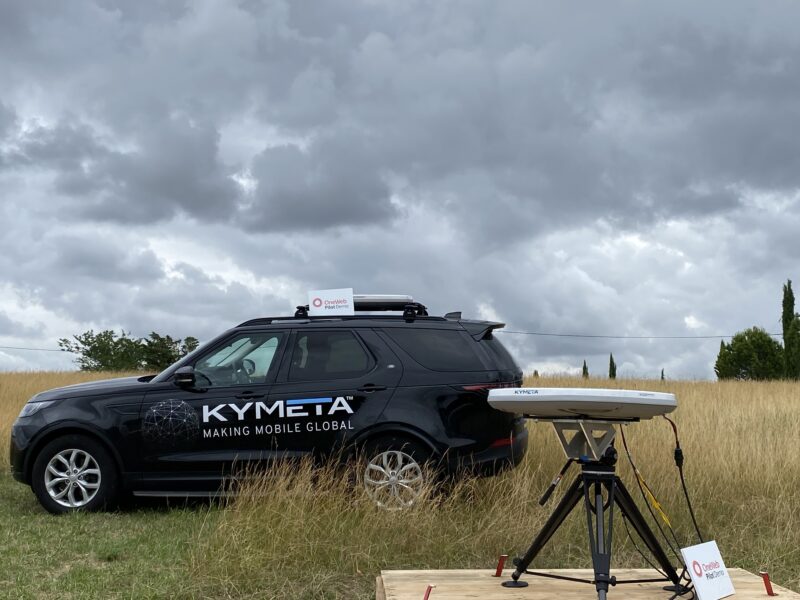 OneWeb and Kymeta have tested the Kymeta u8 antenna with OneWeb’s Low-Earth Orbit (LEO) satellite constellation. The companies reported Tuesday, Sept. 7 that in demonstrations in Toulouse, France, the single aperture antenna achieved downlink and uplink speeds of more than 200 Mbps down, and more than 40Mbps up over repeated testing. They also reported the u8 offered good user experience during beam and satellite handover.

The Kymeta u8 land mobile antenna is commercially available, and Kymeta is planning an updated version for improved compatibility with LEO networks. Neville Meijers, Kymeta chief Strategy, Product and Marketing officer talked with Via Satellite about the tests.

“We tested through sunshine and rain, tracking the acquisition of the actual satellite, the throughput. All of that went off hugely successfully. Even during some of the larger thunderstorms, we were able to continue to track the satellites and give pretty good service,” Meijers said. “It is a validation that the technology is extremely mature. We see that today with the uptake of the u8 antenna terminal, our sales are going extremely well.”