Is the Aero Market Ready for Takeoff? 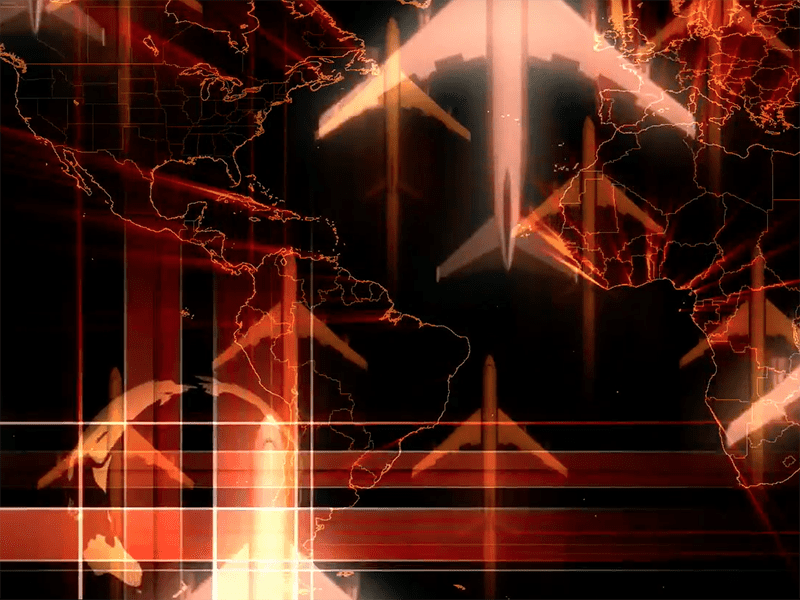 Back in the Jurassic Age, the big U.S. television networks distributed programs to affiliate stations over AT&T Long Lines. Then PBS and HBO showed that satellite offered a better deal, greater reliability, and less hassle, and the broadcast business for satellite was born.

My friend Richard Wolf was in charge of distribution for ABC since that same Jurassic Age, so I asked him a question. Why did the U.S. networks build their own uplink centers when there are so many teleport operators who can do it better, for less money, by sharing their facilities among many customers?

Resting his club against one wall of the cave, Rich pondered the question. They couldn’t, he said, not then. If his network could have found service providers to handle the complexities of program origination by satellite, they would have. But the networks were early adopters and it took time for today’s mature, full-service network of teleport operators originating programming to form.

The industry finds itself in a similar position today in the aeronautical market. The development of In-Flight Connectivity (IFC) has long been dogged by cost and capacity challenges. The terminals were expensive to buy and to install, so service providers seeded the market by offering to buy the equipment themselves in return for a share of the profits. Modems and other vital equipment also proved problematic in a vehicle traveling across satellite beams at high speed. Capacity was limited and pricey.

And yet — the demand is clearly there. One in two passengers would happily trade a free alcoholic drink for good Wi-Fi on board, according to Inmarsat’s Inflight Connectivity Survey. Sixty-seven percent of passengers say they would be more likely to rebook with an airline offering good Wi-Fi. Almost nine out of ten business travelers say they would use IFC to work — if it worked as they needed it to.

One by one, the barriers to a proper Wi-Fi experience in the air are toppling. The success of High-Throughput Satellites (HTS) has increased capacity and driven down its cost. Viasat entered the IFC market with its Ka-band HTS service in 2013 and by September 2018 had 898 aircraft in operation, an astounding 50 percent increase from the previous year. The global Viasat 3 service expected by 2020 will take an even stronger price-performance model global. Meanwhile, Inmarsat’s Global Xpress service began targeting aviation this year through partnership with iDirect, and Panasonic is growing its IFC capabilities through deals with Eutelsat for its 172B over Asia and the launch in 2020 of Extreme Throughput Satellite service aboard APSTAR 6D. In its 2018 report, The Future of Inflight Connectivity, Valour Consultancy anticipated the number of aircraft with IFC will reach almost 21,000 by the end of 2026, up from 7,500 today.

That growth is partly predicated on having flat-panel, electronically-steerable antennas certified for in-flight operation. None are available today. In 2017, however, Phasor announced a partnership with Astronics AeroSat to produce an aeronautical terminal for commercial airlines. At the end of that year, Kymeta Vice President (VP) of Business Development and Sales Steve Sybeldon told Via Satellite that the company would be launching a product for commercial airlines — but did not expect it to reach the market for several years. Yet it seems clear that the companies will eventually achieve the goal, such are the potential advantages their technology can offer.

Shake Hands with the Devil

As the big hurdles fall, the future of the aero market will increasingly depend on the details. And we all know who lurks there. Anyone who shops on Amazon has marveled at the perfection of that online platform compared with just about everything else. What we don’t see is the crazy obsessiveness that drove the company over years to iron the devil out of every tiny detail that could stand between you and a purchase.

Take-up rates on IFC today remain pitiful: 5 to 8 percent, according to Valour. Pricing and capacity issues have clearly been at fault, and the rate will naturally rise as they improve. But to achieve its potential, IFC will have to get really good at the small stuff.

Here’s an example. One of the challenges of IFC is the speed with which planes cross between satellite beams, and the Doppler distortion that results when planes approach or move away from a satellite. Beam-crossing at speed can cause drop-outs, and Doppler effects can scramble signals sufficiently to make them unintelligible to the onboard router. For Panasonic, Newtec in Belgium developed a specialized modem that employs three receivers to ensure that the modem is receiving from a new beam before it releases the old one, as well as being able to support live TV. Software on the modem also tracks, predicts and corrects in advance for distortions to the data caused by speed. The result is internet on board without the interruptions — something that customers are more likely to pay for.

In July, NSR Analyst Claude Rosseau noted a trend for airlines to increasingly want control of the IFC running on their aircraft. They want the ability to brand the online experience, use it to build passenger loyalty and test pricing options, such as a set IFC fee per flight. At the same time, IFC providers are eager to change that deal where they foot the bill for aircraft IFC equipment in exchange for a share of revenues. Such arrangements no longer seem necessary to seed the market. If airlines do decide to trade their capital for control, it could provide the motivation needed to iron out those devilish details and make the aero market truly take off.