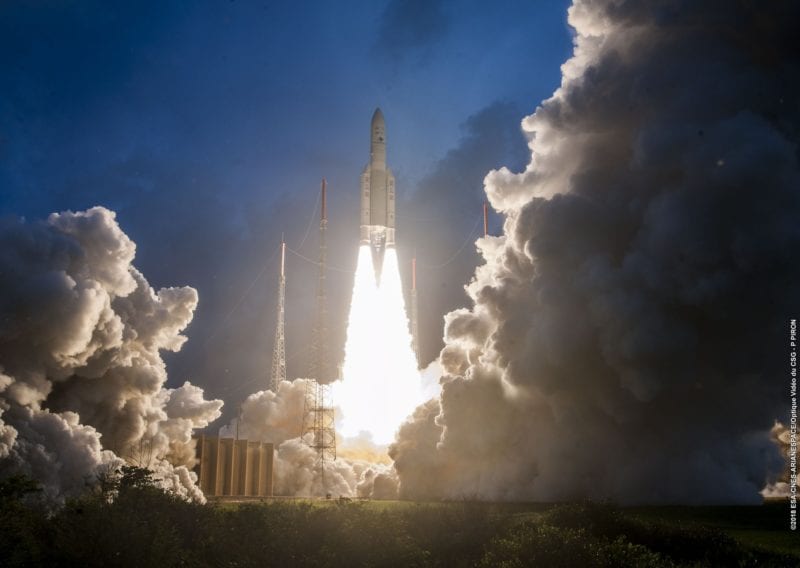 GSAT-11 was launched into a Geosynchronous Transfer Orbit. Subsequently, ISRO’s Master Control Facility at Hassan took over control of GSAT-11 to perform the initial orbit raising maneuvers, for placing it in circular Geostationary Orbit (GEO). Weighing about 5854 kilograms, GSAT-11 is the heaviest satellite built by Indian State Research Organization (ISRO).

GSAT-11 is the forerunner in the series of advanced communication satellites with multi-spot beam antenna coverage over the Indian mainland and its islands. GSAT-11 aims to play a vital role in providing broadband services across the country. The launch was delayed earlier this year, due to GSAT-11 needing additional technical checks.