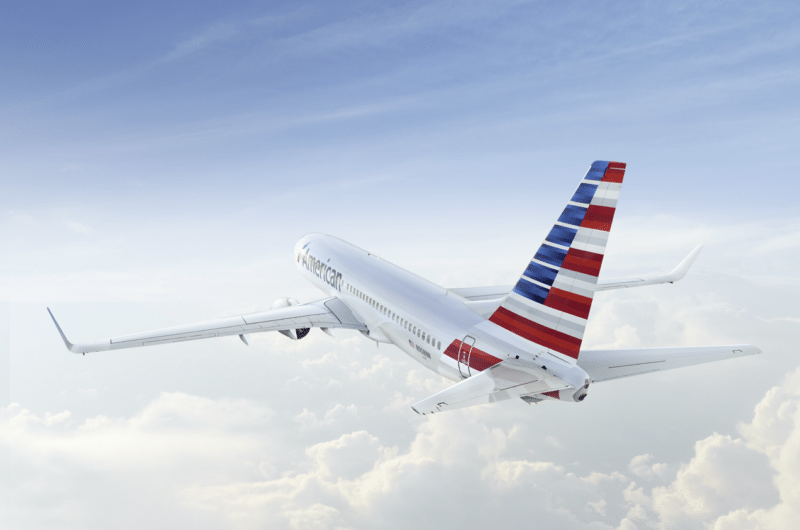 American Airlines has a fleet of 950 aircraft that carried 200 million passengers in 2017, but how many of those passengers had a happy in-flight internet experience? Though that’s hard to say, the airline is hoping to improve the experience vastly into the future. In 2016 the international carrier agreed to a new contract with Viasat to deploy satellite-based internet onto its fleet. The upgrades began recently on American’s first Boeing 737 MAX aircraft, while the airline already features satellite internet across its international fleet of aircraft.

At the executive level, American Airlines is laser-focused on providing the ability for passengers to stream internet-based content from their Personal Electronic Devices (PEDs). The Texas-based carrier’s vision aligns with internet-user trends that are a reality both on the ground and in the air. Cisco’s latest mobile data traffic forecast, for example, predicts that 78 percent of global mobile data traffic will be the consumption of video by 2021.

Streaming has become a major part of American’s business model and an aspect of its passenger experience that it highlights to shareholders, according to its 10-K annual report recently filed with the U.S. Securities and Exchange Commission — specifically highlighting its introduction of new “streaming-capable, satellite-based internet access on our Boeing 737 MAX aircraft.”

American Airlines CEO Doug Parker has touted that stream-worthy internet experience repeatedly throughout the first half of 2018. “The next big thing we have coming is satellite Wi-Fi,” said Parker, in a presentation about American’s commercial strategy at the J.P. Morgan, Aviation, Transportation & Industrials Conference in March.

Parker’s presentation to investors also included comparisons to the “ground-based product” that he said “allows a few people” online simultaneously. He also emphasized his view that the network he was referring to — which is currently still featured on hundreds of American’s domestic fleet of aircraft — passengers “can’t stream anything.”

American held its first-quarter-earnings call in April, when Parker again emphasized in-flight streaming as a key focus for the airline’s in-flight passenger experience. It was one of the first things he referenced in prepared remarks when discussing the introduction of American’s new Boeing 737 MAX fleet.

“With the introduction of the 737 MAXs, we now have satellite Wi-Fi on domestic aircraft, something that will be continued to roll out through 2019, a huge advancement in the product,” said Parker. “Everyone on the aircraft can stream at the same time — much different from the ground-based Wi-Fi on much of the American fleet and [commercial aviation] industry’s fleet today. It’s being well noticed, by our customers, a huge advantage for American that continues.”

What Parker left out in his briefing to shareholders, though, was how exactly American enables the streaming that it is focused on providing.

To enable the use of satellite-based streaming on American airplanes, the aircraft needs to feature an antenna, power supply, modem, IFEC server and wireless access points, according to ViaSat, which is the network that American is deploying across its Boeing 737 MAX fleet domestically in the U.S. ViaSat’s overview of its in-flight internet offering provides a depiction of the aerial pathway that a stream of data has to travel across to enable streaming on a mobile device.

Viasat CEO Mark Dankberg in February told investors that the satellite service provider was behind the delivery of more than 4 million PED sessions during its third quarter. With ViaSat-2 coming online in 2018, ViaSat will have with 300-plus gbps, followed by the eventual introduction of ViaSat-3, which will offer more than three terabits per second of total network capacity from its satellite trio.

“We think there’s a clear trend toward airlines capitalizing on in-flight connectivity as a cost-effective way to differentiate themselves and to drive passenger satisfaction,” said Dankberg on the first-quarter earnings call.

American Airlines also made a major fleet upgrade announcement in April, by deciding to an agreement with Boeing to purchase 40 new Boeing 787 aircraft. The 787 will operate on domestic and international routes, the latter of which are the only aircraft routes that feature airplanes with seatback screens.

But based on Parker’s repeated focus on offering streaming as a passenger-experience differentiator, something to look out for at American will be which internet service provider the airline will pick for its fleet of 787s. The 787s will not begin delivery until 2019. Parker’s focus on streaming is a clear indication that the carrier will continue to invest in the best available in-flight internet connection that can enable a seamless streaming experience for every passenger, regardless of whether the connection is beamed over an ATG, Ku- or Ka-band connection.

“Our focus is on bringing the living room experience in a seamless and simplified way for our customers. This means giving them faster Wi-Fi and a large library of complimentary entertainment. With the faster Wi-Fi, customers who purchase Wi-Fi will be able to access their own streaming sites like Netflix and Hulu,” said Richardson. “For customers who wish to disconnect for a bit, they can enjoy complimentary entertainment on their own device or seatback with new movies, TV shows, games and more.”