Not Everyone is Convinced About the IFC Promise 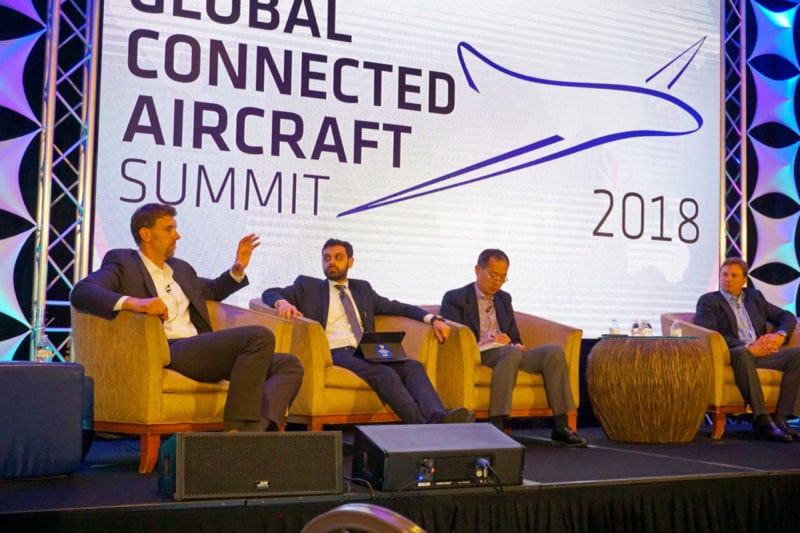 You might expect people speaking at the 2018 Global Connected Aircraft Summit to represent companies more invested in connectivity than any other. You might be surprised.

While many passengers, especially Millennials, expect In-Flight Connectivity (IFC) on their flights, it can be difficult to make the business case that it’s a worthy investment for airlines, according to Air China’s North America VP Zhihang Chi. “I’ve had conversations with my chairman, my CEO, and the person I hate the most, my CFO – and I never win that ROI battle,” he joked Tuesday at the GCA Summit in San Diego, California.

That’s why, despite what Chi calls a personal “illness” he can only cure with connectivity, Air China has not embraced IFC. The airline began exploring options in 2013 but still hasn’t taken the plunge. Chi said the lack of a proven path to profitability and the high cost of entry combined with the volatility – his airline doesn’t want to invest in technology that is obsolete soon after – serves as a deterrent.

And if it’s hard for Chi to make the value proposition, it’s even harder for FedEx’s Ross Armstrong.

“Although we have 25,000 passengers in the back, none of them have a need for connectivity, so it’s a difficult business model to prove,” Armstrong said, referring to the inability of cargo carriers to benefit by bundling cabin and cockpit connectivity without live passengers.

FedEx went paperless in 2011, and Armstrong said the company has not lost a flight due to Electronic Flight Bag (EFB) failure since — though there have been three major incidents where that might have happened if electronic redundancies hadn’t prevented it. But the business case there is pretty obvious; those tablets pay for themselves in operational costs.

On the connectivity front, it’s less clear, according to Chi.

“Someone will tell you they’ve got it figured out and will make a buck from it. Others say it’s an equalizer; ‘someone else has it, so I have to have it.’ Both are valid. Some have gone as far as to say it’s a human right or need.” In the end, Chi said, committing to connectivity would simply take leadership, but that it can be worth doing even if the business model might not immediately make quantifiable sense.

“Did we ever figure out the ROI for IFE? I don’t think so,” Chi said. “It’s expensive to buy entertainment from Hollywood, retrofitting aircraft with seatback monitors is so expensive … yet we have them. In the end, airlines need to look to the future, because Millennials will stop asking ‘are we there yet?’ if we have Wi-Fi. We need to get the experience right.”

It helps that the return part of the equation is also starting to becoming clearer as the ability to extract data from an aircraft in real time and use that data to manage a fleet more efficiently is becoming more and more possible. That can involve fuel savings, maintenance scheduling benefits or something as simple as the improved tracking of valuable assets.

It could also concern weather. Rockwell Collins’ Sr. Program Manager Dan Marek said one focus of the company is taking radar and weather data off of all active aircraft, stitching it all together into one comprehensive picture on the ground, and sending it back to pilots for more efficient route planning and adjustment.

The benefits are even more stark with new aircraft like the Airbus A350 that are purpose-built to be connected. For example, Scandinavian Airlines invested in the A350 and will be using Rockwell Collins’ ARINC GLOBALink Media Independent Aircraft Messaging (MIAM) service. With the service, Rockwell will pull data from aircraft in flight so it can be parsed on the ground. If the data is deemed immediately relevant, it will run through MIAM to compress it and sent immediately back to the plane through normal means — ACARS, satcom, etc. Other types of data packages are automatically held until the A350 lands and connects to the 4G network, at which point the MIAM service pushes it.

It will be some time before enough information on the exact cost savings from these processes is available to know what the ROI is, and even more time before like methods are wide-spread enough for that to be relevant beyond aircraft such as the A350. But that the horizon appears to hold a growing number of use cases for efficiency and savings from an operational standpoint would seem to help make a case that Chi is building on logic, not numbers: Wi-Fi is becoming an integral part of passengers’ experience, and if the experience isn’t up to par, the next steps don’t matter.