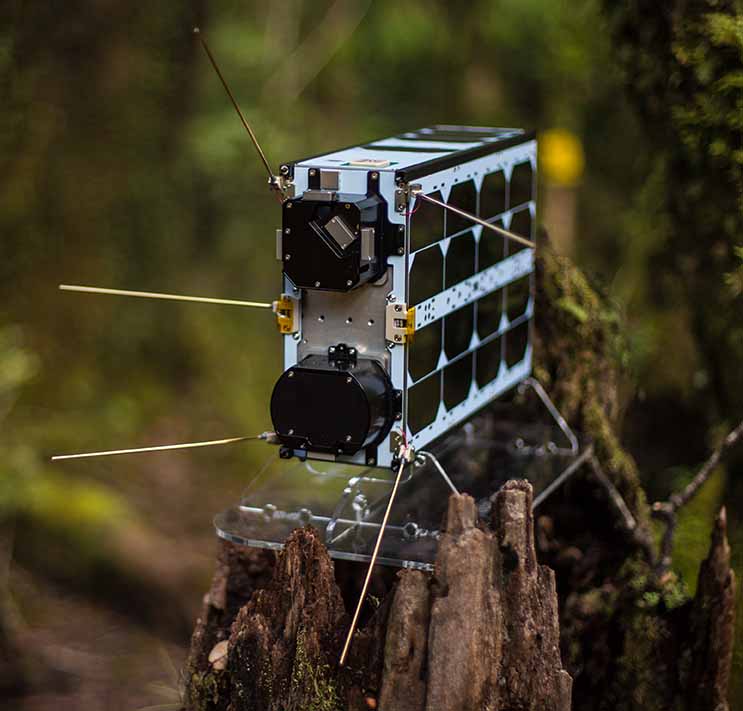 NanoAvionics will build Chile’s first private satellite after a recent deal signed with Chilean startup Lemu. The company is building an atlas of Earth’s biosphere and has ordered its first satellite, Lemu Nge, to collect hyperspectral imaging of the world’s forests. The name Lemu Nge means “forest eye” in the Mapudungun language in Chile.

Leo Prieto, founder and CEO of Lemu, told Via Satellite that Lemu Nge will focus its imagery capture on the Global South, where most biodiversity hotspots are. Prieto said many biodiversity observation satellites don’t capture data when they orbit over the Global South, and those that do tend to result in low temporal resolution.

Prieto said Lemu will use the satellite data to measure land use and classify vegetation and calculate nature-based solutions to deforestation like carbon capture, water and soil retention, and cultural/recreational value.

“This allows us to demonstrate the high return on investment that conservation generates, changing the perception we have today from philanthropy or charity to what it really is: the best investment possible for the future of our planet,” Prieto said.

He said that Chile is an “ideal natural laboratory” to develop and optimize these tools, as the country is one of the few “forest positive” countries in the world, where forested areas are growing rather than shrinking. It is also home to some of the few primary forests still remaining in the world. Lemu also plans to expand its technology on later missions to monitor wetlands, grasslands, and other biomes.

The satellite is planned to launch in 2023 aboard a SpaceX Falcon 9.