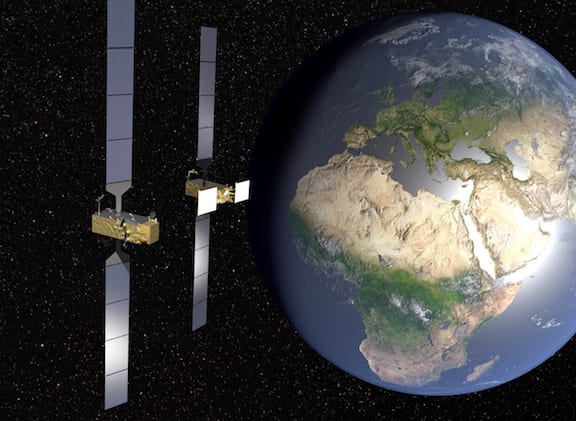 Thales Alenia Space and Telespazio have won a new contract with the Italian Ministry of Defence, the two companies announced June 16. The contract is for the development of the SICRAL 3 secure satellite communications system, including its ground segment. Covering the development of phases B and C, the contract is worth a total of approximately 159 million euros ($192.3 million).

The SICRAL (Italian System for Secure Communications and Alerts) program deploys Geostationary (GEO) satellites for confidential strategic and tactical communications to support defense missions both in Italy and abroad. The new SICRAL 3 system is designed to meet Italian defense communications and interoperability requirements. It will ensure continuity with the current Super High Frequency (SHF) and Ultra High Frequency (UHF)-band telecom services provided by the SICRAL 1A, 1B, and SICRAL 2 satellites, while expanding its suite of services by providing a Ka-band payload, as well as supporting security, public rescue and civil protection services.

To develop the SICRAL 3 program, Thales Alenia Space and Telespazio, via their Space Alliance, have created a temporary consortium led by Thales Alenia Space, with Telespazio also playing a major role. Thales Alenia Space is responsible for the entire SICRAL 3 telecommunications system, the space segment (including system design and integration), and the design, production and integration of the innovative UHF, SHF and Ka-band payloads. Telespazio will manage the development of the ground segment, drawing from previous SICRAL developments for the Vigna di Valle Control Center and the Fucino Space Center.