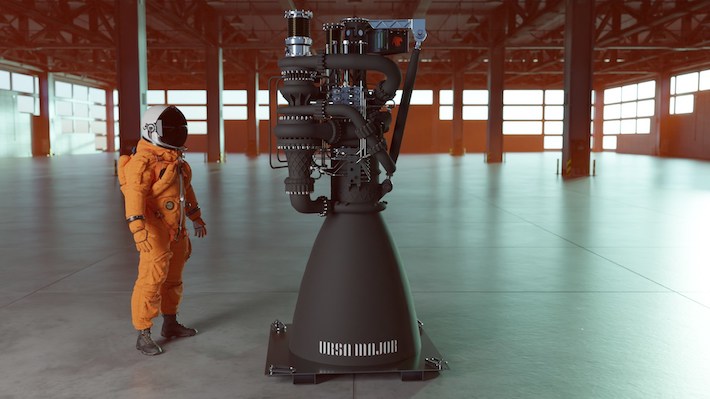 The development comes as the Department of the Air Force weans itself off of Russian RD-180 and RD-181 engines. In March, Dmitry Rogozin, head of the Russian state space agency Roscosmos, said that Russia would stop selling the engines to the United States because of U.S. sanctions against Russia for the latter’s assault on Ukraine.

Arroway is to undergo hot-fire testing next year and be available for delivery in 2025. Ursa Major’s other engines include “Hadley,” a 5,000-pound thrust, oxygen-rich staged combustion engine, and the 50,000-pound thrust “Ripley” engine.

“Arroway is America’s engine of the future,” said Ursa Major CEO Joe Laurienti, a University of Southern California aerospace engineering graduate and former SpaceX and Blue Origin employee who founded Ursa Major as a 28-year-old in 2015.

“Medium and heavy launch capacity is what U.S. launchers desperately need right now, and because Ursa Major focuses solely on propulsion, we’re in a unique position to deliver high-performing, reliable, and affordable engines to meet the increasing market demand, just like we are doing with ‘Hadley’ and ‘Ripley,’” Laurenti said in a June 2 statement.

The company said that Arroway engines will be “one of very few commercially available engines that, when clustered together, can displace the Russian-made RD-180 and RD-181, which are no longer available to U.S. launch companies.”

A version of this article was first published by Via Satellite sister publication Defense Daily.