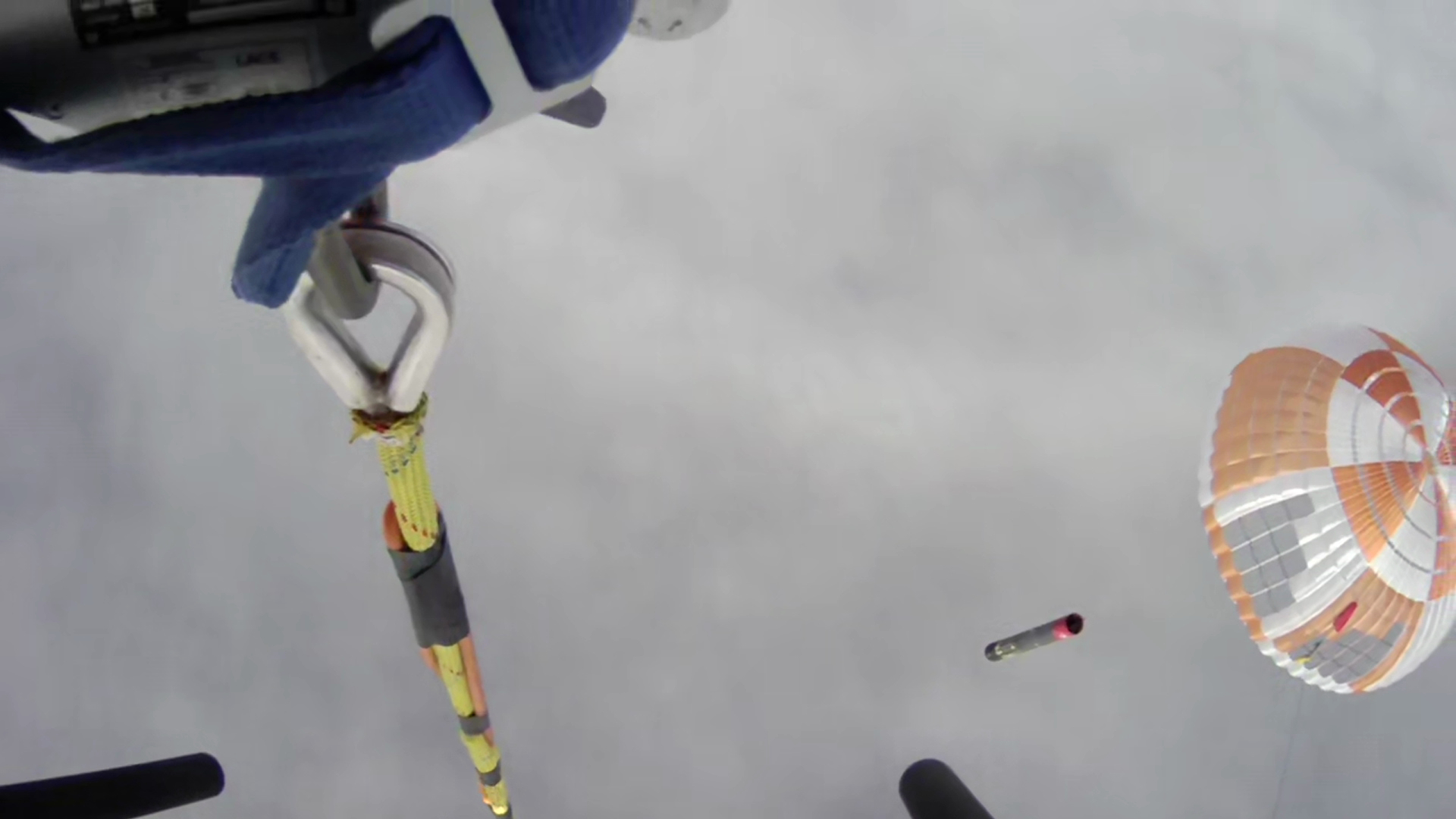 Rocket Lab successfully launched 34 satellites, and caught the Electron booster used in the mission in mid-air with a helicopter early Tuesday. This was the first time Rocket Lab performed a mid-air rocket recovery and marks a step forward in the launcher’s journey toward reusable rockets.

The mission, called “There And Back Again,” launched from Rocket Lab’s Launch Complex 1 in New Zealand at 10:49 a.m. local time on May 3. After launching to space, the rocket’s first stage returned to Earth under a parachute. A Sikorsky S-92 helicopter used a hook on a long line to capture the parachute line at 6,500 feet.

The Rocket Lab team cheered loudly on the launch broadcast during the helicopter capture.

Rocket Lab intended to carry the booster back to land via helicopter, but later reported that the pilot detected different load characteristics than in previous testing and let the stage go for an ocean splashdown.

“Bringing a rocket back from space and catching it with a helicopter is something of a supersonic ballet,” said Rocket Lab founder and CEO, Peter Beck. “A tremendous number of factors have to align and many systems have to work together flawlessly, so I am incredibly proud of the stellar efforts of our Recovery Team and all of our engineers who made this mission and our first catch a success. From here we’ll assess the stage and determine what changes we might want to make to the system and procedures for the next helicopter catch and eventual re-flight.”

The mission deployed satellites for customers Alba Orbital, Astrix Astronautics, Aurora Propulsion Technologies, E-Space, Spaceflight, and Unseenlabs. This was the 50th mission for rideshare provider Spaceflight. The company has successfully launched 448 spacecraft across 50 missions on launch vehicles around the world.

It was also the first launch for E-Space, the new venture from OneWeb and O3b founder Greg Wyler. The mission carried three demonstration satellites, designed and built in-house by E-Space. The company plans to offer governments and companies their own private satellite constellations with applications ranging from secure communications to managing remote infrastructure, along with a design focus on sustainability. Wyler recently spoke with Via Satellite about the new company.