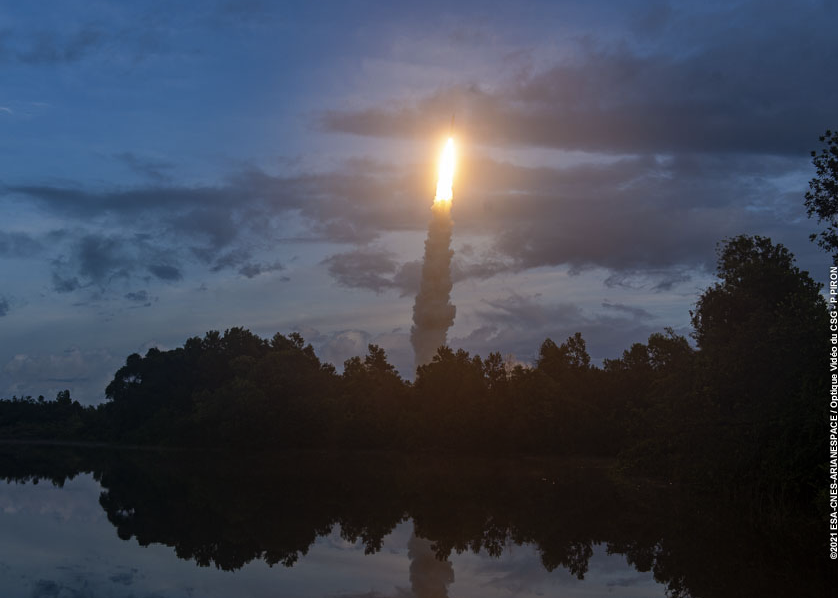 Arianespace launched three French military satellites on Tuesday morning in its 12th launch of the year. A Vega rocket took off from the Guiana Space Center in French Guiana on Tuesday at 6:27 am local time, and orbited three CERES satellites.

The CERES satellites were developed for the French armed forces and built by contractor Airbus Defence and Space and Thales Defence Mission Systems. Airbus was the prime contractor for the space segment, with Thales in charge of the payload, user ground segment, and satellite platform.

The satellites are designed to collect Signals Intelligence (SIGINT) from areas inaccessible to surface sensors, excluding restrictions on airspace overflights and in all weather conditions. This will improve visual situational awareness for military operations.

“This mission shows the exceptional versatility of the Vega launcher,” commented Stéphane Israël, Arianespace CEO. “Our light launcher had already orbited two satellites for the Pleiades Neo constellation for Airbus this year, along with nine auxiliary payloads, and today we continue this string with three CERES satellites.”

This was the 20th launch for the Vega vehicle.