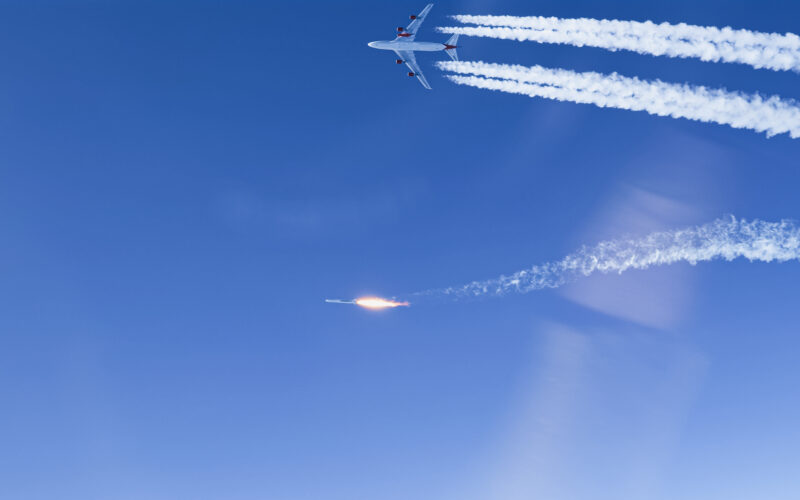 Last month, Virgin Orbit reached a major milestone with its successful demonstration of the LauncherOne spacecraft, validating the company’s air-launch approach to sending small satellites to orbit. It was the culmination of years of work for Sir Richard Branson’s company, and it marked the first orbital class, air-launched, liquid-fueled rocket to successfully reach space.

Since that demonstration, Virgin Orbit has announced a series of hires including its first COO, and signed launch deals with SatRevolution and Innovative Solutions in Space (ISIS) to launch the Royal Netherlands Air Force’s (RNLAF) first ever satellite. Via Satellite caught up with Virgin Orbit President and CEO Dan Hart to talk about the company’s transition into commercial service, and its vision for responsive smallsat launch. 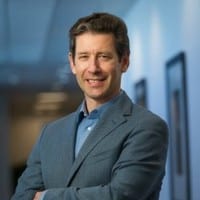 VIA SATELLITE: What did it feel like to see LauncherOne finally reach orbit after the years of development?

Hart: There is no feeling like what we experienced. You’re with this team of incredibly talented, hard-working people who have spent years solving issues. Early mornings, late nights, going through some pretty serious stress. Then to have it just move through complete success, you have this unbelievable feeling of fatigue and pure euphoria. I can imagine somebody who wins a decathlon at the Olympics has a similar feeling. The emotion is almost overwhelming. It’s very rewarding to see people who work hard [with] all their creativity and innovation, have success like that.

VIA SATELLITE: Now that you’ve had your first successful flight, what is the timeline to your next mission? What is your plan for ramping up commercial service?

Hart: We have a rocket in integration currently. We will target late spring or summer for our next flight, and it’s going to really depend upon whether we see anything else that needs a qualification or a change. So far, the system performed beautifully. We see us then getting into a cadence. The first launch, and then another one three or four months later. Then shorten those spans and get into a regular rhythm of launch.

VIA SATELLITE: What kind of what cadence are you working toward?

Hart: We’re working to get to about an every other month launch cadence into next year, and then grow beyond. By 2023, moving to once a month or more, and then doubling again to where we’re launching routinely.

We don’t have a launch pad to clean up recertify. We have a factory right now that can do about 20 [rockets] a year and the ability to easily go well beyond that, as the market demands. We have state-of-the art additive manufacturing equipment, and we have a partnership with DMG Mori for factory automation and advanced manufacturing and additive equipment. We’ll just be turning the crank and getting customers to orbit from here on.

VIA SATELLITE: Can you say how many customer contracts you’ve signed?

Hart: We have well over a dozen signed up already, and we have many dozens now in discussions and finalizing contracts. The floodgates have really opened up with this launch. I had one customer shoot me a picture of a signed contract in the middle of our flight, right after the second stage. They’ve just been coming in.

VIA SATELLITE: Your horizontal launch system is pretty unique compared to conventional launch methods. What are the benefits of the system, and why is it the right fit for the small satellite market?

Hart: It’s multi-dimensional. From a flexibility point of view, we are in exactly the right spot for national security. There are concerns if you look at launch [with the U.S. Space Force], it’s centralized at Cape Canaveral, maybe one or two other places. The ability to have a mobile launch capability that can pop up from anywhere is a game changer.

For us as a business and the economics associated with launch, being able to get a good part of the way to Mach 1 and 35,000 feet with a fully reusable stage like a 747 makes for a much smaller rocket. It’s a significant improvement from launching on the ground. Couple that with the manufacturing technology that we have in our factory, and we will have the best overall economics of anybody out there.

Hart: We’re not your grandfather’s rocket. We have capabilities that they don’t have. For somebody who just wants to go to standard SSO [Sun-Synchronous Orbit] and doesn’t care when, there’ll be a big shootout across a bunch of rockets. A lot of those other folks are going to compete very heavily for that.

The satellite community will be maturing — and they already are —into real businesses that require launch and orbits on their schedule. They have stockholders, and they have revenue targets and schedules. On the government side, they have missions that really count — they’re not experiments anymore. For people who can differentiate and really treat those customers as customers, and get them to where they need to get to, when they need to get there, launch is and will be a good business.

It is not easy to get to orbit. It’s a fairly significant barrier to entry, and not everybody is going to get there. The people who do get there, their businesses will evolve. Maybe [there] will be some consolidation or changes of plans. Like any business, differentiation and bringing new capabilities is the key to success.

VIA SATELLITE: A lot of players are coming out with orbital transfer vehicles so smallsats can have a more specialized service out of rideshare missions. Do you think that Virgin Orbit’s value proposition is stronger than those options?

Hart: This is a little bit like a hub and spoke approach to passenger travel. There are some people who will do that, but people who are constrained on time and convenience won’t. The demand for getting where I want, when I want, has outweighed the idea of taking the tug. There will be some utility [to those options], if you want to raise your orbit, but you can’t really change your inclination or angle around the Earth very much. I see it as useful, but it’s not a major consideration.

VIA SATELLITE: You’ve mentioned the government market a few times in this conversation, and Vox Space won a U.S. Space Force launch service agreement last year. What is your target mix of government versus commercial customers?

Hart: It’s hard to say what the exact mix will be, it could end up 50/50. There are unique needs that each group has, and we look forward to serving those [such as] helping the government to launch from any place at any time. Commercial will have some similar needs, because they’re going to have constellations that have availability requirements.

VIA SATELLITE: Is there anything you’d like to see differently from the U.S. Department of Defense [DoD] and how it works with commercial launchers, as we’re going through an administration change?

Hart: I think the DoD has done a nice job through the DIU [Defense Innovation Unit] and through their initial activities with the small launch community. There is huge potential for small satellites and how they work in architecture and with the constellations. There’s a lot to do with tactically responsive launch. We see them starting and there’s an enormous amount of work to do. There hasn’t been significant money yet put toward some of this, that’s going to need to be programmed. It’s all in the line of the Biden administration and the focus on deterrence, and making sure that space is a safe and secure place to operate.

There’s a lot of work to do with our allies, and I think we have a place to play. [Virgin Orbit] can launch from our allies’ sovereign territory. We have a contract with both the UK Space Agency as well as the RAF [Royal Air Force]. We have some early activities going on in Japan, and in other places. There’s a jointness that we look forward to participating in, how countries band together to make sure that space is a peaceful and secure place for our economy and for science. There’s a unique opportunity for countries to get into a space-diplomacy mode and get out of a space-aggression mode.

VIA SATELLITE: What is your dream vision for responsive launch?

Hart:  It’s a combination of civil, commercial, and national security capabilities. Aircraft deployed across the globe, serving space ecosystems in countries that have space agencies. There’s about 80 space agencies across the world right now, very few of them have launched. We see ourselves as a bridge that allows them to have that capability, that sets up ecosystems in those countries and democratizes space. We see similarly, the U.S. Space Force working with MoDs, [Ministries of Defense] across the globe to collaborate and have launch capability from wherever it’s needed.

VIA SATELLITE: Do you have plans to take Virgin Orbit public, following in the steps of Virgin Galactic?

Hart: We have had a huge influx over the last few months, but especially over the last couple of weeks, of inquiries from every single aspect of the financial community. Right now we are assessing what we would like to do. There’s a lot of possibilities, and all bets are on the table. All opportunity options are on the table. We’ll be taking the next few weeks and ferreting that out, and establishing a plan of who are the partners we might be interested in working with. We’re very excited about it. It’s a great time to be in the space business.

VIA SATELLITE: What’s the status of your relationship with OneWeb? Do you think that you will launch any of the future satellites in their constellation?

Hart: I imagine that we will. We do have some ties with OneWeb. There were some issues in the past, but we’ve had an ongoing relationship. They’ve made some very interesting moves in the last few months. They’re [the] right size for us, [and] we’re already pre-integrated, so it’s pretty easy for us to work together. I do anticipate that we will.