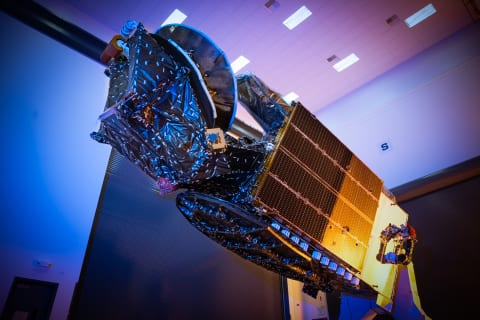 The SiriusXM satellite built by Maxar Technologies that launched in January is under evaluation after certain payload units have failed, the company reported in a Wednesday filing to the Securities and Exchange Commission (SEC).

“During in-orbit testing of SXM-7, events occurred which have caused failures of certain SXM-7 payload units. An evaluation of SXM-7 is underway. The full extent of the damage to SXM-7 is not yet known,” SiriusXM said in the filing.

Maxar, which confirmed the ongoing evaluation in its own SEC filing and said the company is assisting SiriusXM: “We are currently assisting Sirius XM in troubleshooting and diagnosing the situation to evaluate the extent of the damage to the SXM-7 satellite and to focus on safely completing the commissioning of the satellite and optimizing its performance. Our contractual arrangements with Sirius XM for the construction of the SXM-7 satellite include industry-standard provisions regarding, among other things, transfer of risk of loss upon launch,” Maxar said in the filing.

Sirius XM said it does not expect radio service to be impacted as it has XM-3 and XM-4 in orbit, and XM-5 as an in-orbit spare. The company reported it has $225 million of insurance coverage on the satellite through its launch and first year of operation.

SXM-7 was launched on a SpaceX Falcon 9 rocket on Dec. 13. Maxar is also manufacturing SXM-8 and it is expected to launch later this year.