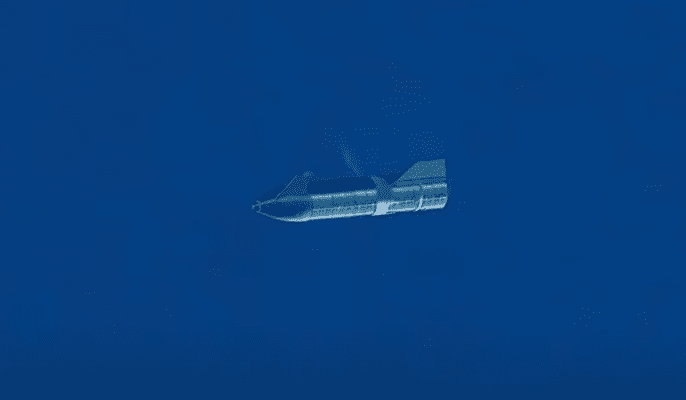 On Wednesday, SpaceX executed its most extensive test of its Starship rocket to date, demonstrating a landing flip maneuver before the rocket returned to the launch pad in a fiery crash.

The test was streamed live on YouTube, showing the rocket flip onto its side at about 4:40 after liftoff, while the flaps adjusted. The rocket then reoriented itself about 6:30 into the mission before crashing back onto the launch pad ten seconds later.

According to NASASpaceFlight, the goal was for the rocket to reach 12.5 km in altitude after originally targeting 20 km and then reducing it to 15 km. SpaceX has not confirmed what altitude SN8 reached. Previous Starship tests have been hops of 150 m or less.

SpaceX explained in a post after the test that low pressure in the fuel header tank during the landing burn caused the explosive ending when the test ended with a high velocity touchdown. 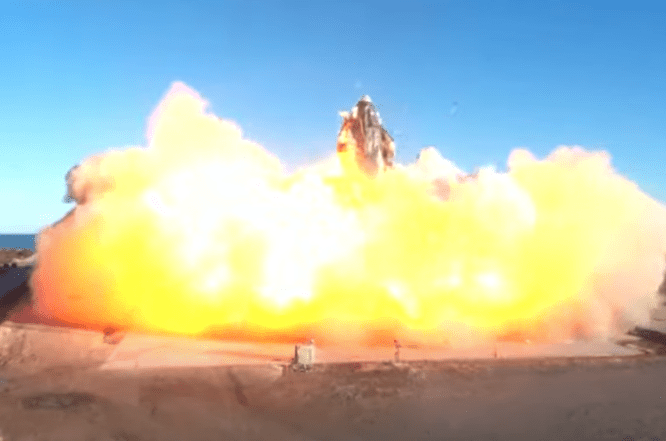 Starship rocket explodes on impact returning to Earth from a high altitude test. Screenshot via SpaceX/YouTube

The company applauded the test as a major success for the rocket. “We got all the data we needed! Mars, here we come!!” SpaceX founder Elon Musk tweeted after the test.

Musk has set ambitious goals for Starship, which is being designed as a reusable vehicle to take both crew and cargo to Earth orbit, the Moon, and Mars, and also to deploy satellites. Starship is designed to carry more than 100 metric tonnes to orbit — with a payload compartment larger than any fairing in operation or development. Musk has said SpaceX is working toward an uncrewed Mars mission by 2022, and a mission with human passengers by 2024.

Speaking at SATELLITE in March 2020, Musk emphasized an accelerated pace of innovation necessary to realize his goal of landing humans on Mars in his lifetime.

Musk’s fellow space billionaire Jeff Bezos, who owns rocket company Blue Origin shared congratulations message to SpaceX on Instagram. “Anybody who knows how hard this stuff is is impressed by today’s Starship test. Big congrats to the whole SpaceX team. I’m confident they’ll be back at it soon,” Bezos wrote.