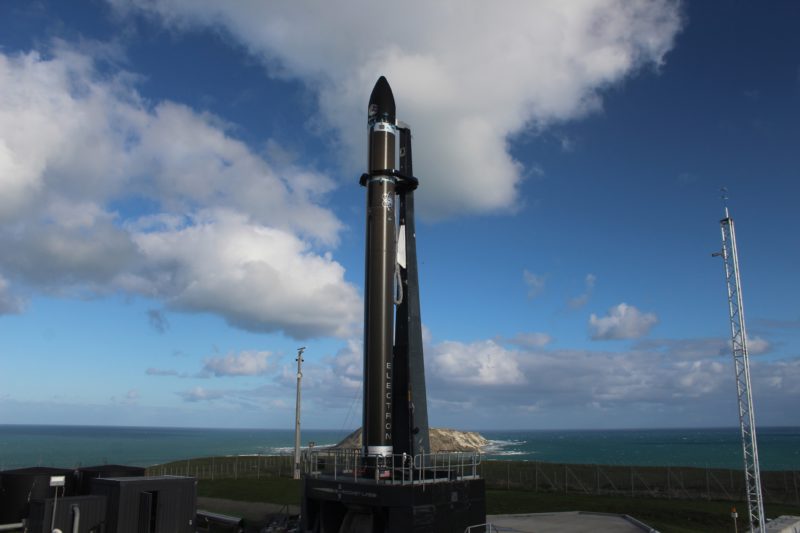 Rocket Lab is preparing to attempt to recover a stage of its Electron rocket after launch for the first time, the smallsat launcher announced Thursday. On the upcoming “Return to Sender” mission set for Nov. 15, Rocket Lab will attempt to recover the first stage by using a parachute system for a controlled water landing followed by collection by a recovery vessel. This marks a major milestone in Rocket Lab’s pursuit to make Electron a reusable rocket to support an increased launch cadence for small satellite missions.

Rocket Lab CEO Peter Beck said in a press call on Wednesday that this mission was planned for the 17th Electron launch, but was moved up to the 16th Electron launch after successful recovery tests over the past year.

He said it’s too early to say what condition the stage will be in if the team is able to recover it. But Rocket Lab’s ultimate goal is to put the stage back on the launch pad, and thus increase production rate by not having to rebuild the rocket.

“This is a test where all of the elements come together. The parachutes are no good if the stage is coming in backwards. All of these things have to play together nicely to be able to successfully recover this and splash it back down,” Beck said. “To completely guide the stage down and keep everything in order is no trivial feat. There’s certainly plenty of risk here.”

Beck said Rocket Lab will likely do a few splash downs before executing a helicopter recovery. All of the initial recovery efforts will be completed at Rocket Lab’s Launch Complex 1 in New Zealand.

Beck said Rocket Lab’s recovery efforts may lead to a dramatic shift in pricing for dedicated smallsat launch over time, a market the company has already disrupted.

“In the ultimate world where we can just bring it back to the launch pad, fuel it up and recharge the batteries and go, it will once again have a pretty fundamental shift on the cost of dedicated small launch. We’ve seen the cost of dedicated small launch go from anywhere between $15 [million] and $30 million for a Pegasus or a Minotaur down to [roughly $7 million] for a Rocket Lab vehicle, there’s been a massive shift in that already,” he said. “If we can truly get recovery to the point that we want to take it then I think we’ll see a dramatic change in pricing again.”