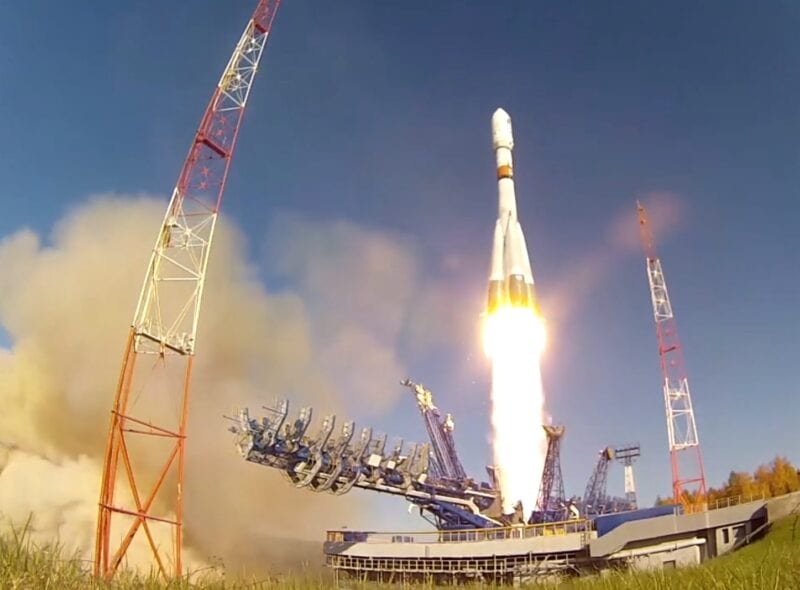 A Russian Space Agency Roscosmos Soyuz-2-1b rocket lifted three Russian communications satellites and 19 secondary payloads to orbit from the Plesetsk Cosmodrome in Russia’s Arkhangelsk region at 7:20 a.m. EDT on Monday, 2:20 p.m. Moscow Time. Roscosmos tweeted after the launch that all spacecraft were launched into target orbits.

Exolaunch, a Berlin-based rideshare provider, organized a rideshare for 15 small satellites and provided launch, deployment, mission management, and integration services. The rideshare provider worked with Glavkosmos, which operates foreign commercial activities of Roscosmos to secure the launch. This was Exolaunch’s seventh mission with Soyuz.

“This was an ambitious mission and it has been a privilege launching satellites for so many talented teams. With this launch, we have deployed over 100 satellites into orbit, hitting a major milestone in the launch industry,” Exolaunch’s Vice President of Launch Services, Jeanne Medvedeva commented. “As a self-funded and profitable NewSpace company – still quite an anomaly for this industry – Exolaunch is proud to be playing a key role in advancing Germany’s position in the NewSpace field and providing end-to-end launch and deployment solutions for the industry’s leaders.”