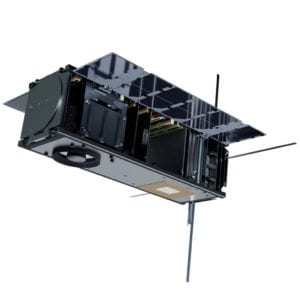 SatRevolution revealed an Earth Observation (EO) shared services mission to launch in the middle of 2021.

The 2021 mission, called STORK, will closely follow the SatRevolution’s mission SW1FT (Swift), which will launch this December on SpaceX Falcon 9 rideshare launch. Both missions are equipped with SatRevolution’s optical payload Vision 300, capable of capturing images of up to 5 m resolution.

Initially hosted payload missions, both SW1FT and STORK were quickly requalified into Earth-observation services missions following market feedback. “There are a lot of companies in the market right now who can build a cubesat,” said Grzegorz Zwolinski, Co-founder and CEO of SatRevolution. “Some of these cubesats can even reach an orbit. But based on what our customers were saying, we felt our missions needed a competitive edge. We figured our expertise in optical payloads and Earth-observation technology would make our solutions stand out from the rest”.