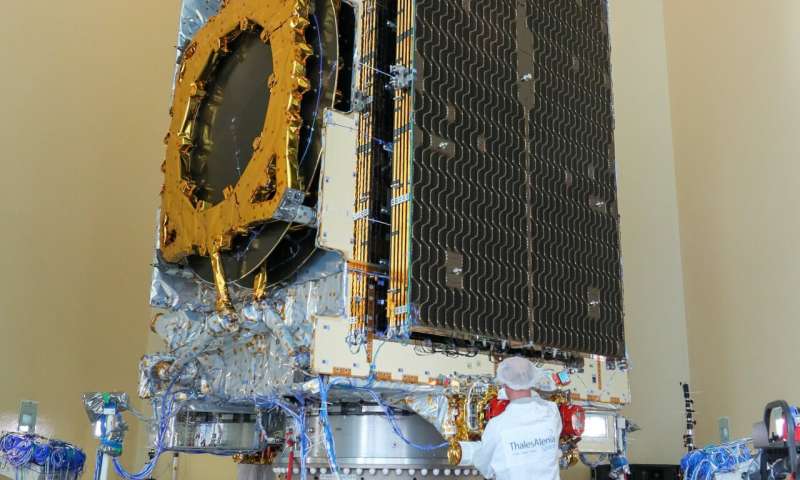 The test demonstrates the ability of the satellite to withstand the strong shaking that occurs during launch. Now that the environmental tests are over, the satellite will undergo a thorough verification before it is finally prepared for launch.

The project partners — ESA, Thales Alenia Space, France’s National Center for Space Studies (CNES), and Eutelsat — were pleased by the performance achieved. “Despite exposure to the most extreme mechanical loads, the first Spacebus Neo has performed fantastically—as have the teams in Cannes who have performed this critical test campaign in record time,” said François Balme, ESA system manager.